Cristiano Ronaldo of Real Madrid looks on prior to the start the La Liga match between Athletic Club Bilbao and Real Madrid at San Mames Stadium in Bilbao, Spain, on March 7, 2015
Juan Manuel Serrano Arce—Getty Images
By Rishi Iyengar

Cristiano Ronaldo is an expert at striking fear into the hearts of defenders, but off the soccer pitch he’s proved time and again that he’s one of the nicest guys in sports. And the superstar did so yet again recently, donating nearly $8 million to help global charity Save the Children carry out its earthquake-relief efforts in Nepal.

French magazine So Foot reported that Ronaldo donated €7 million (or $7.8 million) to the charity, because he wears No. 7 for his club Real Madrid and country Portugal. He also urged his 102 million Facebook followers to donate as well, according to Sports Illustrated.

Ronaldo is known for his philanthropic endeavors, having donated millions to children in Gaza as well as tsunami-relief efforts in Indonesia. He has also paid individual children’s medical bills on multiple occasions.

Nepal was devastated by a 7.8-magnitude quake on April 25 that has already claimed over 8,000 lives.

Update: Save the Children says the report that Ronaldo gave it a large donation is false. TIME has reached out to the soccer player’s agent for comment.

Read next: 6 Ways You Can Give to Nepal Earthquake Relief 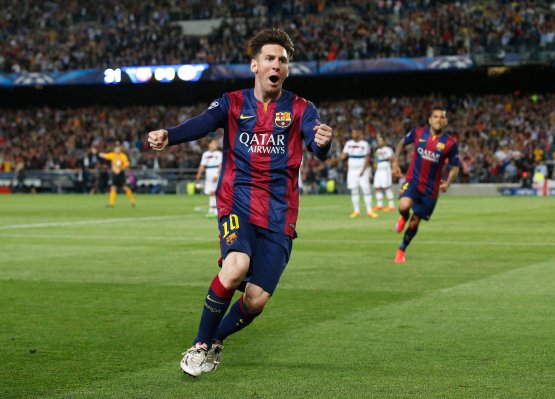