A bus on a Massachusetts highway exploded on Monday with the incident caught on camera.

Though the blast was violent enough to knock out the vehicle’s windows, there have been no reports of injuries, according to ABC News. The bus became engulfed in flames but firefighters eventually managed to get the blaze under control. One lane of eastbound traffic was closed due to the incident but reopened 20 minutes later.

The operating company, BoltBus, tweeted in the aftermath that the passengers were safe. 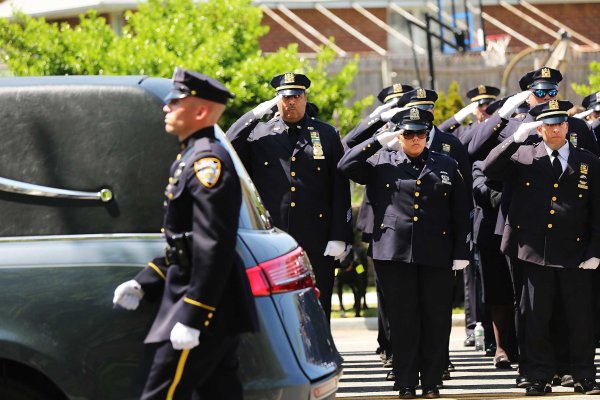 Number of Cops 'Feloniously' Killed on Duty Spiked in 2014
Next Up: Editor's Pick