By Sarah Begley
Pablo Picasso's "Women of Algiers (Version O)," auctioned at Christie's in New York City on May 11, 2015.
Courtesy of Christie's and the Estate of Pablo Picasso/Artists Rights Society (ARS)/AP

A Picasso painting became the most expensive work of art ever sold at auction on Monday, going for more than $179 million.

Christie’s said “Women of Algiers (Version O)” sold for $179,365,000. That figure, which the Associated Press reports to include the auction house’s premium, surpasses a Francis Bacon work called “Three Studies of Lucian Freud” that held the top spot, also selling at Christie’s for $142.4 million in 2013.

Picasso painted the work as part of a 15-painting series (versions A through O) created in 1954 and 1955, inspired by Eugène Delacroix’s 1834 “Women of Algiers.” Industry experts say art world prices are staying high as collectors see these top works as strong and lasting investments. 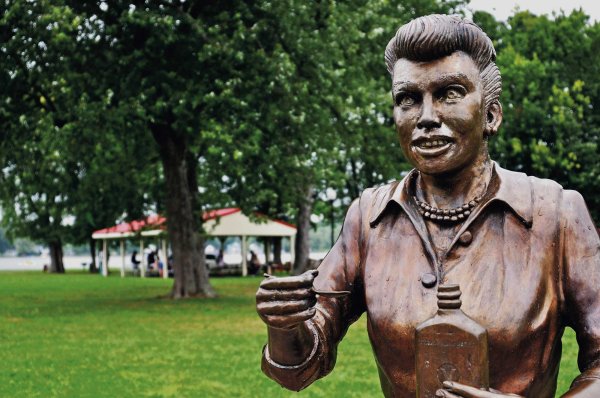 The 'Scary Lucy' Statue Will Get a New Home
Next Up: Editor's Pick