Mariah Carey’s aiming for her 19th number-one hit, and she made the case for “Infinity” at the Billboard Music Awards.

The songstress is promoting her new greatest-hits collection, #1 to Infinity, which contains all of her chart-toppers as well as the new track she performed in Las Vegas. “Infinity,” an apparent kiss-off track occasioned by the end of Carey’s marriage to Nick Cannon, is full of Carey’s trademark askew wit, with references to Fritos and “tea” (slang for gossip); it’s a song she sold through sheer force of will, giving her all to a song whose high notes might seem to provide a challenge to a singer whose recent live track record has been somewhat shaky. (She opened her set with a performance of her early hit “Vision of Love,” performed live and with evident confidence, albeit in a lower register than the song was first recorded.)

Whether or not “Infinity” hits the top spot on the chart, Carey provided a strong argument for herself as a voice that still deserves to be heard. 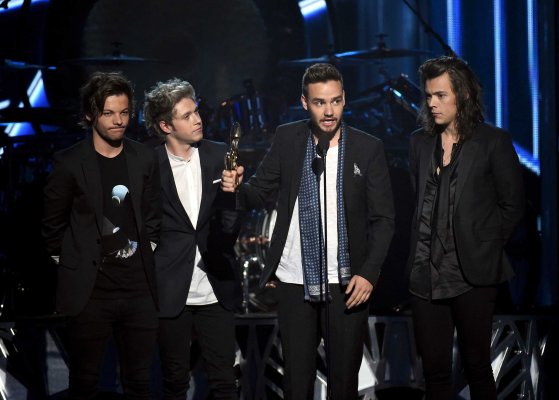 Watch One Direction's Billboard Acceptance Speech: 'There's One More Person to Share This With'
Next Up: Editor's Pick