Networks are announcing their new lineups at TV upfronts this week—and that means some old favorites are getting the ax to make room for ne. Here’s what’s been renewed and what has been dropped, network-by-network:

Unsurprisingly, Fox is bringing back its hyper-popular drama Empire as soon as possible next fall. Emmy-winning comedy Brooklyn Nine-Nine and the highly watched Last Man on Earth will also form the comedy bedrocks for the network, while New Girl will be pushed from a fall return to January (maybe because of low ratings or perhaps so the writers can sort out what to do with Zooey Deschanel’s baby bump).

Fox announced that it would cancel the Mindy Kaling comedy, The Mindy Project, which has struggled in the ratings department despite featuring dozens of cameos from famous comedians, and the Kevin Bacon drama The Following. But don’t despair: either show could be resurrected on a streaming service like Hulu, if fans get heated enough. Other cancellations include Backstrom, Glee, Gracepoint, Hieroglyph, Mulaney, Red Band Society and Utopia.

And after a 15 year run, American Idol will also air its final season next fall.

ABC is redoubling its commitment to diverse comedies by renewing Modern Family, Black-ish and Fresh Off the Boat. On the drama side, Shonda Rhimes’ Shondaland production company will continue to rule with Grey’s Anatomy, Scandal and How to Get Away With Murder. The Disney-owned network will also forge ahead with both of its Marvel projects, Agents of S.H.I.E.L.D. and Agent Carter.

Other renewals include American Crime, The Bachelor, Castle, Dancing With the Stars, Galavant, The Goldbergs, Last Man Standing, The Middle, Mistresses, Nashville, Once Upon a Time, Rookie Blue, Secrets and Lies and Shark Tank.

The CW took steps to compete critically with the other networks this year with Jane the Virgin, with star Gina Rodriguez becoming the first from the network to win a Golden Globe. The network is renewing that show along with most of its original programming: The 100, America’s Next Top Model, Arrow, Beauty and the Beast, The Flash, Masters of Illusion, The Originals, Penn & Teller: Fool Us, Reign, Supernatural, The Vampire Diaries, Whose Line Is It Anyway? and iZombie.

Rachel Bilson’s Hart of Dixie got the ax after four seasons, as did The Messengers after one.

After continuing to grow through its second season, the popular drama The Blacklist will return next year, along with The Biggest Loser, Celebrity Apprentice, Chicago Fire, Chicago P.D., Grimm, Hannibal, Hollywood Game Night, Law & Order: SVU, Mysteries of Laura, Undateable and The Voice.

NBC’s freshman shows largely struggled this year with only one (Mysteries of Laura) making it to a second season. Shows canceled after one season include A to Z, Allegiance, Bad Judge, Constantine, Marry Me, One Big Happy and State of Affairs (sorry, Katherine Heigl). About a Boy, Parenthood and Parks and Recreation all ended their runs this year as well.

CBS has yet to announce its full schedule. We do know that ratings juggernaut The Big Bang Theory will return for seasons nine and 10 as will 2 Broke Girls, Big Brother, Scorpion, Mike & Molly, Mom and NCIS: New Orleans. The show’s new drama, the Tea Leoni-fronted Madam Secretary, has also been renewed

The Mentalist will retire after seven seasons. The Millers and Two and a Half Men have also concluded their runs.

Though The Good Wife, The Amazing Race and The Odd Couple are shoo-ins for renewal, CBS has yet to announce those shows will come back for sure. Vince Gilligan’s Battle Creek is also up for review. Other shows waiting for renewal: Blue Bloods, Criminal Minds, CSI, CSI: Cyber, Elementary, Hawaii Five-O, NCIS, NCIS: Los Angeles, The McCarthys, Person of Interest, Stalker, Survivor and Undercover Boss. 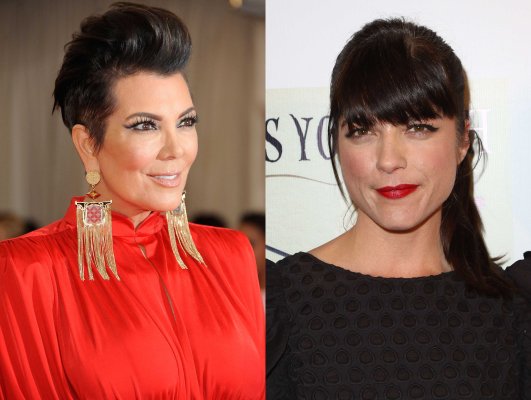 Here's Who Will Be Playing Kris Jenner on American Crime Story
Next Up: Editor's Pick