American Idol Was a Victim of Its Own Success

Today, Fox announced that the next season of reality-TV stalwart American Idol, the show’s fifteenth, will also be its last. The news hardly comes as a surprise—Idol‘s best days are behind it, and Fox, currently in fourth place among the four major networks, needs to develop new hits. Yet there’s still something surreal about the end of Idol, not least because at the show’s peak, it seemed like it’d never come.

American Idol has such a easy, pleasing formula—viewers vote on their favorite singer—that its first several seasons dominated the ratings; other networks began to avoid scheduling anything promising against the juggernaut. And yet Idol seemed to learn all the wrong lessons from its success, doubling down on the show’s worst and most annoying aspects. The fighting between judges Simon Cowell and Paula Abdul, always ancillary to the main action of the show, amped up year after year. After both Cowell and Abdul were gone, a disastrous 2013 season framed around the rivalry between new judges Mariah Carey and Nicki Minaj communicated that the show was now more interested in burnishing the reputations of established stars than in finding new ones. The show has by all accounts redoubled its focus on musicianship with judges Keith Urban, Jennifer Lopez, and Harry Connick Jr. But Idol‘s wilderness period, during which competitors like The Voice and Fox’s own X-Factor cut into Idol‘s monopoly on musical competition, made the show seem way less relevant.

The colossal popularity of American Idol was a historical accident, or a case of supreme good timing. Coming on the air as it did in 2002, towards the very end of the boom years for the recording industry, the show bridged the gap between the dominance of corporate record labels and the current era of stars, minted on social media. The handful of boldface names that Idol minted—Kelly Clarkson, Carrie Underwood, Jennifer Hudson, Jordin Sparks—were the epitome of square, but their fame coincided with and fueled a growing sense that stardom could be more democratic. It’s tough to imagine social platforms like Vine launching stars so easily without a generation taught from an early age that, when it comes to choosing who’s on Top 40 radio, their votes matter.

Yet the show’s impact on the recording industry was also more meager than its footprint would suggest. The stars Idol launched wouldn’t have become famous without the show, but they did fit neatly into proscribed roles. (Carrie Underwood was a big-voiced country sweetheart, Jennifer Hudson a big-voiced R&B belter—types of musicians who are hardly new.) The only truly spiky and strange star the show ever launched was runner-up Adam Lambert, whose chart performance has been reliable but hardly earth-shattering. American Idol‘s greatest impact was how, in conjunction with the rise of the social web and the collapse of the record industry, it let viewers think they could choose their stars. Those same viewers ended up choosing other things to watch as Idol drifted from its core mission—but that, after all, is the power of democratized entertainment. 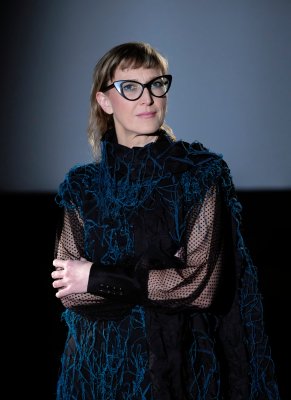