It's Time to Require Labels for GMOs

Chipotle restaurant workers fill orders for customers on the day that the company announced it will only use non-GMO ingredients in its food on April 27, 2015 in Miami, Florida.
Joe Raedle—Getty Images
Ideas
By Marion Nestle
Marion Nestle is the Paulette Goddard Professor in the Department of Nutrition, Food Studies, and Public Health at New York University, and the author of Safe Foods: The Politics of Food Safety.

The decision by Chipotle to stop using genetically modified foods is only the latest examples of the effects of public concerns about technologically altered foods. This decisions was predictable: Once the industry convinced the Food and Drug Administration that GMOs should not be required to be labeled as such, public backlash was only a matter of time. I’m only surprised that it took 20 years to get to this point.

I was a member of the FDA Food Advisory Committee when the agency first allowed GMOs in the food supply in 1994. At the time, consumer surveys showed that about 90% of respondents wanted genetically modified foods to be labeled. Those of us who were consumer representatives on the committee argued that labeling was essential for public approval. Without labels, people might wonder what the industry was trying to hide and lose trust in the FDA. The precedent was there: The FDA required labeling of other processes, including “made from concentrate” and “irradiated.”

But GMOs can be considered different—DNA transfers sometimes come from completely different organisms—and the public wants that information.

The GMO controversy is in part a concern about food safety, but it is also about much more. Chipotle is responding to public unease about the safety of GMO crops, but it is also responding to unease about corporate control of the food supply, the lack of labeling transparency, and the millions of dollars spent by the industry and its trade associations to defeat GMO-labeling initiatives.

The vast proliferation of products labeled “GMO-free” show that there is demand for better standards of labeling. The details of proposed labeling initiatives are messy and complicated, but they are hardly impossible.

Vermont’s passage of a GMO-labeling law is a harbinger of things to come. Whether this particular law survives court challenges is irrelevant. The Grocery Manufacturers Association has seen the writing on the wall and is now lobbying hard for a national GMO labeling act that will block states from passing their own laws. It would also like the national law to allow use of the word “natural” in marketing GMOs. This is a mistake. Most Americans do not consider GMOs to be “natural,” just as they do not consider GMOs to be organic.

If genetically modified foods are labeled, will people stop buying them? No doubt some will. Others won’t care. But this industry brought its present problems upon itself and now must face the consequences. Requiring labeling may come too late to resolve public concerns about GMOs, but it is a necessary first step in moving these discussions to a less contentious level. 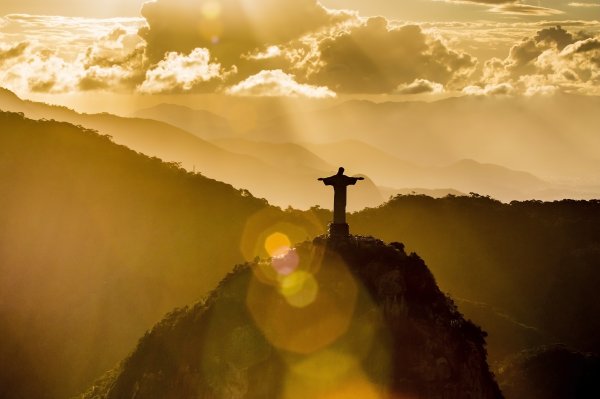 How the Church Can Get Millennials Back
Next Up: Editor's Pick