Having spent my first 16 years in the Soviet Union, I grew up hearing very little about World War II and a great deal about the “Great Patriotic War”—the German invasion in June 1941 and the four-year “sacred war” that followed. The war was a centerpiece of official propaganda; but it was also a living collective memory of hardship, loss, and survival. The Soviet Union’s Victory Day, May 9, was the one Soviet holiday that belonged to everyone, even to people like my parents and grandparents who quietly hated the Soviet regime. Now, on the 70th anniversary of Nazi Germany’s defeat, the war and the victory are a legacy that seem to divide far more than they unite—a subject of often bitter contention between Russia and its ex-Soviet neighbors, between Russia and the West, and between Kremlin-loyal “patriots” and pro-Western liberals within Russia.

Of course, the legacy of the war was never simple. In our history lessons in Soviet school, we heard about the very real heroism of Soviet men and women who fought in the Red army and in partisan guerilla units; but we did not learn that the Soviet leadership knowingly threw tens of thousands of barely trained, sometimes barely armed or fed draftees into the maw of the German war machine. We did not learn that the NKVD, Joseph Stalin’s secret police, and the dreaded military intelligence force SMERSH (an abbreviation for “death to spies”), had men marching behind regular forces ready to gun down anyone who tried to run or retreat. We were told about the perfidious German attack on the USSR—but the Soviet-German pact was glossed over, and there was no mention of the fact that Soviet troops and government officials in the path of the invasion initially fled in panicked disarray.

I learned about the other side of the Great Patriotic War from personal stories, from my parents, from clandestine foreign radio broadcasts and forbidden literature that found its way into our home. I learned that a family friend’s father was arrested and imprisoned in 1941 for “sabotaging morale” because, while listening to Stalin’s first post-invasion radio address among neighbors, he imprudently remarked that the Soviet leader’s voice sounded very sad. I learned that for millions, U.S. food aid had been essential to wartime survival. (My mother, who was five when the war started, still has fond memories of Spam.) I learned that many across the Soviet Union initially welcomed the Germans as liberators from Communism, and that most Soviet POWs bitterly fought repatriation after the war’s end—not surprisingly, since their homecoming usually ended in the gulag as punishment for the “treason” of letting themselves be captured alive.

Today, the war still haunts Russia and is, perhaps more than ever, at the center of a national mythology; but the war myth lives on in an unrecognizable world. Historical ironies abound. Who could have thought that, 70 years after the Soviet victory, a unified Germany would be a world power and the Soviet Union would be no more? Who could have imagined that in this anniversary year, the two largest former Soviet republics, Russia and Ukraine, would be at not-quite-declared war with each other—and that Germany would be the peace broker?

The disputed legacy of the war is entangled with the Russia-Ukraine conflict. In Kremlin propaganda today, the government in Kiev is routinely branded fascist or even pro-Nazi, a nest of banderovtsy—followers of Stepan Bandera, the controversial wartime Ukrainian nationalist who fought against Soviet rule and at one point allied himself with the Germans but was later imprisoned by them. Many pro-Kiev Ukrainians do, in fact, view Bandera as a hero who fought for his country’s liberation, which pro-Kremlin Russians gleefully point out as proof of Nazi sympathies. A year ago, the Russian media pounced on reports that the governor of Ukraine’s Kherson region gave a Victory Day speech hailing Hitler as a liberator from the Communist yoke. What the governor actually said was that a modern-day “aggressor”—Vladimir Putin—was seeking to encroach on Ukraine’s borders on the pretext of stopping the persecution of ethnic Russians, just as Hitler had once tried to use liberation from communism as justification for his conquests.

In Putin’s Russia, war commemorations increasingly feature tributes to the odious Stalin, a mass murderer of his own people who probably did more to lose the war than to win it: he near-fatally undermined Soviet defenses by wiping out much of the Soviet army’s officer corps in the purges of the late 1930s and ignored warnings of an imminent German attack. In my Soviet childhood, Stalin’s role in the war was barely mentioned. In recent years, Victory Day posters featuring Stalin have cropped up on billboards and buses, while television programs about have increasingly portrayed him as a wise military commander, minimizing his blunders or blaming them on his henchmen.

Debate about the war is still possible to a degree unthinkable in Soviet days; but this debate is more and more circumscribed. A dangerously vague law passed by the puppet parliament and signed by Putin last year threatens those deemed guilty of “denigrating” or “falsifying” Russia’s war history—for instance, arguing that the Soviet “liberation” of Eastern Europe was simply a different brand of subjugation—with heavy fines and up to five years’ imprisonment.

Overly pro-Western views of the war are frowned upon as well. The official Soviet and Russian narrative has always downplayed the role of the USSR’s British and American allies (if our history textbooks in school mentioned D-Day, it was a throwaway line); but today’s levels of officially cultivated hostility and paranoia may have reached an all-time high. A startlingly popular line of thought holds that England and the United States deliberately sabotaged a Russian-German alliance to preserve their geopolitical dominance. An April 23 article in the major pro-government newspaper Vzglyad (“Look”) argues that Germany’s “unification” of Europe and non-aggression pact with the Soviet Union “posed a mortal threat” to “the Anglo-Saxon project” until Hitler attacked the USSR—probably, the author insinuates, in exchange for some unspecified promises from London.

Meanwhile, Russia’s embattled liberals worry that the official Great Patriotic War cult is draining the life from genuine memories and emotions evoked by the war—and manipulating these emotions in the service of a new, domestic brand of fascism. A biting satirical poem by one of Russia’s preeminent modern writers, Dmitry Bykov, in the independent Novaya Gazeta offers a description of the Third Reich filled with in-your-face parallels to modern-day Russia: a leader hailed for reclaiming the nation’s historical lands and restoring its self-confidence; a lie-recycling state propaganda machine that targets Anglo-Saxons as the enemy; attacks on “national traitors” and on “degenerate art.” Pointing out the dismal fate of the Reich’s leaders, Bykov concludes his verse with a celebration of Victory—“the one that was, the one that’s still to come,/Though it is very, very far away.”

Putin’s Russia is not Hitler’s Germany; but the authoritarian nationalism it has embraced, with its peculiar mix of self-aggrandizement and grievance, is a danger to other nations and to itself. If this toxic ideology is to be exorcised, Russians will have to confront the complicated truths of their great war beyond the official myth. 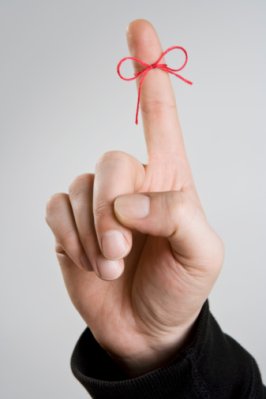 How to Remember Anything, According to Research
Next Up: Editor's Pick