These Are the 5 Facts That Explain the Surprising U.K. Elections

The British people have spoken—and they want the Conservative David Cameron to continue as Prime Minister. But we don’t know if they want to remain part of the EU, or even part of their own United Kingdom. These 5 numbers explain yesterday’s election results, and where the UK goes from here.

The Labour Party captured only 232 seats—surprising, since projections had them neck-and-neck with the Conservatives, their main rivals, going into the polls. Ed Miliband, leader of the Labour Party, has already resigned after the loss. But the biggest loser of the night was the Liberal Democrats, who absolutely imploded and lost 49 seats in Parliament compared to their last outing. There was hope that the centrist party could capture enough seats to help the Tories form a coalition government. Now it’s a serious question whether the Lib Dems are even a viable political movement going forward given Britain’s increasingly polarized politics.

(BBC, The Guardian, The Spectator)

The Conservatives were the big victors last night, securing 331 seats and an outright majority in the House of Commons. (All results are still preliminary.) The other significant winner was the Scottish National Party (SNP) and its leader, Nicola Sturgeon. SNP is a regional party which actively campaigns for Scottish independence, so its big night—winning 56 seats out of the 59 contested in Scotland—may come as no surprise. Still, it is shocking that SNP’s massive showing comes on the heels of a Scottish independence referendum in September which saw Scots vote decisively to remain part of the United Kingdom. SNP’s strong performance and insistence on greater Scottish independence opens the door for another Scottish referendum down the road.

Another winner was the UK Independence Party, or UKIP. A Eurosceptic right-wing group, it looks to have managed to secure only one seat in the House of Commons. But while it lost the electoral battle, it won the political one—by dragging Cameron and the Tories further to the right, advancing its agenda to pull Britain out of the EU. Furthermore, its solid performance throughout the country—it took 12.7% of the popular vote, third most after the Conservatives and Labour—makes UKIP a political force to be reckoned with and will increase calls for serious electoral reform. After all, the SNP is now the third largest party in government, yet it won less than 5% of the popular vote.

3. The Specter of an EU Referendum

Cameron had pledged to hold a referendum on EU membership by 2017 if the Tories remained in power. Cameron floated the “Brexit,” or British exit, scenario in a bid to win over voters trending towards UKIP. But in the process, he opened some old wounds. The UK has had an uneasy relationship with the EU since it rejected the Euro currency in 1991 to keep the Pound Sterling. Unlike European heavyweights France and Germany, which both fully embraced the European project, the UK has spent decades hedging. While the country is forced to pay billions into Brussels’ coffers each year, Britain has undoubtedly benefitted from its relationship with the EU, in particular its banking sector. In 2014 alone, financial and insurance services brought in $193.7 billion in gross value added (GVA) to the UK economy, 8% of the UK’s total GVA.

(The Guardian, Wall Street Journal, Parliament of the United Kingdom)

With fear of Brexit looming over these elections, financial institutions began hinting at their disquiet. 72% of companies polled in Great Britain by the firm Grant Thornton believe a UK exit would hurt business. HSBC has warned that it would consider relocating its headquarters from London should the UK leave the EU. As it stands, the British people are roughly split on whether to exit the EU—in a recent poll 39% want to leave against 40% who want to stay. Some estimates have a British exit from the EU costing London $330 billion, or 14% of its GDP.

Europeans are increasingly voting for anti-establishment parties. Hung parliaments (i.e. a situation where no political party has an absolute majority) are becoming the rule rather than the exception across Europe. Britain was expected to join them—Election Forecast UK had put the probability of a hung British parliament at 97%. Despite the Tories’ impressive victory, the impact of the SNP and UKIP on the election show that this trend continues to spread. Is this increasing political divergence a sign that democracy in Europe is breaking down or working better than ever? The success or failure of the next British government to resolve the country’s fractious relations with the EU and its governing institutions will help answer that question. 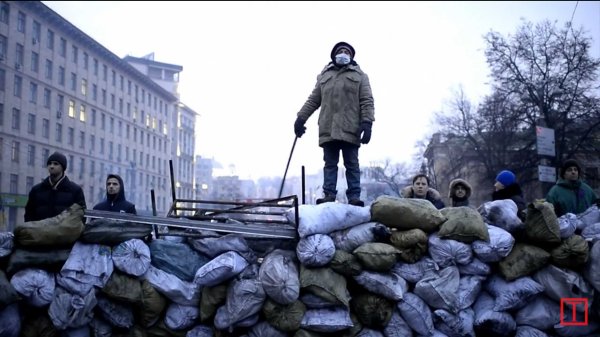 On Patrol With One of Russia's Most Wanted
Next Up: Editor's Pick