Without Edward Snowden, Our System Could Have Failed

“Every time you pick up a phone, dial a number, write an email, travel on a bus carrying a cell phone, swipe a card somewhere, you leave a trace, and the government has decided that it’s a good idea to collect it all, everything, even if you’ve never been suspected of a crime.”

The tripartite nature of American government is on display. Congress is contemplating extending the Patriot Act, allowing it to expire, or reforming it by June 1. A federal court yesterday concluded that the controversial s.215 of the Patriot Act allowing secret meta data gathering of phone records by the government was illegal. The 2nd Circuit Court of Appeals did not specifically rule that the Patriot Act was unconstitutional, though critics of the Act will certainly see the suggestion in this opinion.

In a 97-page unanimous opinion in a case entitled ACLU v. Clapper, et. al., the prestigious 2nd Circuit Court of Appeals in New York City reversed an earlier trial court ruling, and held that s. 215’s bulk telephone data program is subject to judicial review. In the core of this opinion, Judge Gerard Lynch wrote that “the program exceeds the scope of what Congress has authorized.” The opinion discussed the history of the earlier Church Committee hearings about historic abusive surveillance practices of intelligence agencies, and the evolution of the FISA Act (1978) allowing secret ex parte proceedings, and the Patriot Act now under review in Congress.

The court decision dealt with the meta data practices of Verizon performed at the government’s order, and revealed by The Guardian with information leaked by Edward Snowden. The order applies to other service providers, as well, by implication.

The government argued that any complaint about its practices had to be made to the FISA court. The 2nd Circuit concluded that its judicial review was appropriate. And I would note that this court was far more “judicial” than the ex parte, secret hearings conducted by FISA “courts.”

The circuit court ruled that the government’s position—that its standard for collecting metadata conforms with prevailing search and seizure law—was wrong. “Unprecedented and unwarranted” were the words used. The court found that the “sheer volume of information sought is staggering,” and that the amount and nature of the data collected was qualitatively too broad and vague, neither within proper bounds nor limited to data required for fighting the war on terror. The government’s procedures, the court ruled, are “inconsistent with the very concept of an investigation”, lacking specificity, relevance, time limitations.

The court concluded that “to allow the government to collect phone records only because they may be relevant to a possible authorized investigation in the future “is impermissible, irreconcilable with the statute.” Congress can’t be deemed to have approved a program of which many members were unaware, and which was “shrouded in secrecy,” the court added, agreeing with critics that congressional oversight of national security surveillance procedures since 9/11 has been lacking. In an observation critical of the process of congressional oversight in national security matters, the court remarked that suggesting legislative approval of the questionable practices “would ignore reality.”

Its conclusion: S.215 “does not authorize the telephone metadata program.” It refused to deal with claims that S. 215 violated the First and Fourth Amendments, noting that Congress is considering the future of the Patriot Act and may act on these questions imminently. The court deemed it prudent to allow for that debate in Congress which may “profoundly alter the legal landscape.”

Edward Snowden must be smiling today as he remains in his prolonged exile in Russia. All the reforms of the excesses of data surveillance he revealed indicate that his disclosures have had the impact that motivated him. Top UN officials have questioned the practices of member states which violate core privacy rights; reformative laws are pending in Congress; a White House panel has called for 46 reforms of prevailing practices; Congressional oversight of national security procedures has been questioned by prestigious experts in the field. None of this would have happened if Snowden had not committed his audacious act of civil disobedience. His influence has been historic. His answer on German TV to those who argue that Snowden is a traitor: “If I am a traitor, who did I betray? I gave all my information to the American public.” And to the world, as it turned out.

Our country sometimes acts precipitously in times of great provocation, as it did with Japanese-Americans after Pearl Harbor, for example; but in time we make amends for these excesses. Some of our actions after 9/11, extreme rendition, for example, and excessive surveillance techniques now under consideration in Congress and the federal courts, may result in reform of illegal procedures Mr. Snowden exposed. Good signs that our tripartite system works.

Ronald Goldfarb is a veteran Washington, DC attorney, author, and literary agent. He served in the Justice Department in the Robert F. Kennedy administration. His book, After Snowden: Privacy, Secrecy, and Security in the Information Age, will be published next week. 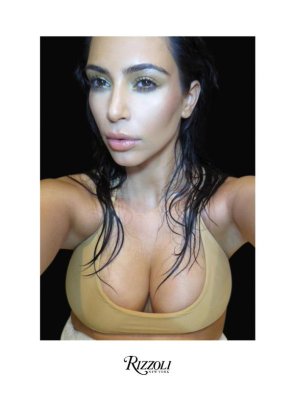 Kim Kardashian's Selfish Is Anything But
Next Up: Editor's Pick