British Prime Minister David Cameron kept hold of power and was moving to form a new government. In the wings, American political guru Jim Messina was adding another to his long list of wins.

Messina, a top aide to Barack Obama’s 2008 presidential campaign and the chief of his 2012 re-election bid, joined Cameron’s Conservative Party as a paid consultant in 2013 and worked to export the latest innovations in American-style campaigning to the U.K. The former White House deputy chief of staff drew fire from U.S. liberals for joining up with Cameron, but it looked as though the Tories’ decisive victory on Thursday would allow Conservatives to form a government without the backroom dealings that created a coalition government after 2010’s U.K. elections.

A pair of Obama veterans, meanwhile, was recovering from rival Labour’s loss. Former Obama senior adviser David Axelrod and advertising maven Larry Grisolano had worked for Ed Miliband’s Labour Party, which suffered deep losses. Miliband resigned from his post as party leader and the Americans were heading back across the pond in defeat.

“Congratulations to my friend @Messina2012 on his role in the resounding Conservative victory in Britain,” Axelrod tweeted.

Messina, meanwhile, took a victory lap of sorts, telling MSNBC’s “Morning Joe” that voters in the U.K. endorsed the Tories’ promises. But asked about Axelrod, with whom he clashed during two presidential campaigns and an overlapping stint in the West Wing, Messina attempted to be gracious. “He’s my brother,” Messina said.

International consulting is often a favorite — and lucrative — way for American political operatives to spend the time between elections at home. For instance, Bill Clinton’s pollster, Stan Greenberg, has a robust international practice that takes him to far off places such as Estonia, South Africa and Honduras — as well as to the U.K. for Miliband. 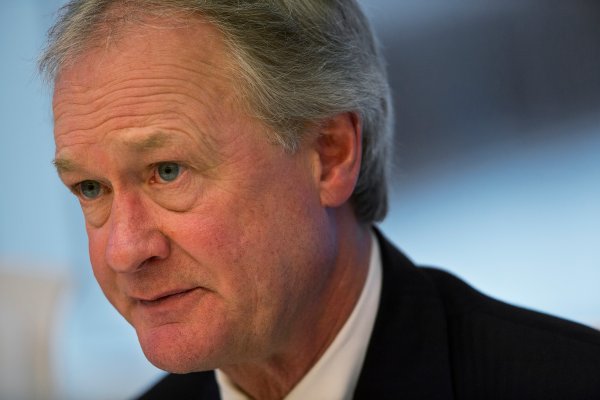