A rare cancerous tumor was discovered on a smallmouth bass pulled out of the Susquehanna River.

The fish was caught last year, and the Pennsylvania Fish and Boat Commission confirmed the case this week. Fish are not particularly susceptible to cancer, and it’s the first such case in the species in that location, though fish were previously found with sores and lesions, the Washington Post reports.

The disease may be the result of pollution, and officials want the river to be included on the EPA’s list of “impaired waterways.” The EPA, however, says it bases that list on water quality, not the health of species living there.

A Pennsylvania Department of Health official said that consuming fish with cancer should not pose a risk to humans, but urged fishers not to eat those with sores and lesions. 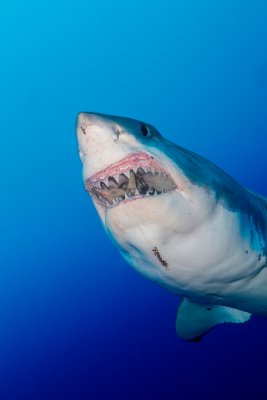 There's a Great White Shark off the Jersey Shore
Next Up: Editor's Pick