Salman Khan at his residence in Mumbai on May 7, 2015, a day after verdict in the hit-and-run case
Satish Bate—Hindustan Times/Getty Images
By Rishi Iyengar

Indian actor Salman Khan was granted a temporary reprieve from prison on Friday, as the Bombay High Court extended his bail and suspended his jail sentence relating to an infamous 13-year-old hit-and-run case.

The Bollywood superstar’s conviction is now pending an appeal, the BBC reported.

Khan, who was not required to be in court for Friday’s hearing, was sentenced to five years in prison on Wednesday for culpable homicide over the 2002 incident. A sessions court in Mumbai found him guilty of driving under the influence of alcohol and running over five homeless people on a city sidewalk, one of whom died.

On Friday, Khan’s lawyers cited the actor’s humanitarian work through his charity Being Human and an apparent neurological condition as grounds for suspension of the sentence, the Indian Express reported.

A fan of the actor reportedly tried to commit suicide by consuming poison outside the courtroom, where a large group of protesters gathered to demand that his bail be denied. Another crowd of well-wishers congregated outside his home, meanwhile, and broke into celebrations upon hearing about the suspension.

Khan’s appeal will be heard in July, and he will reportedly have to take permission from the court to travel outside the country in the interim. 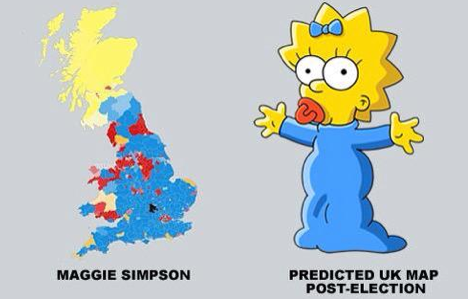 The 2015 U.K. Elections Summed Up in One Picture
Next Up: Editor's Pick