Sen. Rand Paul: What You Discuss on Your Phone Is None of the Government's Business

I’ve long said what you discuss on your phone is none of the government’s business, and the Court of Appeals for the Second Circuit agrees.

Today, the federal court struck down the government’s sweeping, undefined, and illegal war on civil liberties, ruling that it is unlawful for the National Security Agency to collect the bulk phone records of American citizens.

The three judge panel slams the overreach of the NSA’s limitless metadata collection and privacy intrusion, writing in the opinion that the program was an “unprecedented contraction of the privacy expectations of all Americans.” The court judges the program’s premise as ineffectual, stating “the records demanded are all-encompassing; the government does not even suggest that all of the records sought, or even necessarily any of them, are relevant.”

This is an important victory for privacy, but the fight for liberty must continue in the Supreme Court and Congress until this grave miscarriage of justice is completely repealed.

The current ruling concludes that Section 215 of the Patriot Act does not authorize bulk collection of phone records. While this is great news, it also raises an important question. One of the reforms being offered in Congress is the USA Freedom Act, which bans bulk collection but replaces that collection with a new authorization for collection from phone companies.

Now that the appellate court has ruled that Section 215 doesn’t authorize bulk collection, would the USA Freedom Act actually be expanding the Patriot Act?

That would be a bitter irony if the attempt to end bulk collection actually gave new authority to the Patriot Act to collect records.

Senator Wyden and myself have a simpler approach to the problem. We simply ban the collection of phone records and do not replace it with an alternative collection system. We presume the replacement system would be constitutionally sound Fourth Amendment warrants.

The Supreme Court must strike down the government’s illegal spying program as a violation of our Fourth Amendment right to privacy. The Supreme Court will also determine if there is a First Amendment violation; the Second Circuit opinion asserts there is “a concrete, fairly traceable, and redressable injury” to the right of free association.

Congress must repeal the Patriot Act’s Section 215 provision that is used as the justification for the program’s legality. Without Congressional authorization for the program’s expiration at the end of the month, the government’s warrantless collection, as the court puts it, was never legal. “Congress cannot reasonably be said to have ratified a program of which many members of Congress — and all members of the public — were not aware,” reads the opinion.

Congress can also take other immediate action to prevent the Washington machine from collecting any American’s personal communications. I sponsored the Fourth Amendment Preservation and Protection Act to block federal, state, and local governments obtaining information on individuals or groups of individuals held by a third party in a system of records without a warrant. Congress should pass this bill immediately. I will also continue to fight for our civil liberties in the courtroom as part of a class action lawsuit filed on behalf of all Americans in protest of this unconstitutional program.

Opponents of civil liberties contend the NSA data collection has made our country more safe, but even the most vocal defenders of the program have failed to identify a single thwarted plot. If anything, the terror attack during the Boston marathon is a tragic reminder that casting too wide of a collection net for intelligence can be a distraction from the analysis necessary to stop plots — and, I’d argue, push us further from the fundamental reform necessary for our intelligence agencies to successfully counter terrorism.

The NSA should keep close watch on suspected terrorists to keep our country safe — through programs permitting due process, the naming of a suspect, and oversight by an accountable court. The sacrifice of our personal liberty for security is and will forever be a false choice, and I refuse to relinquish our Constitutional rights to opportunistic and overreaching politicians. 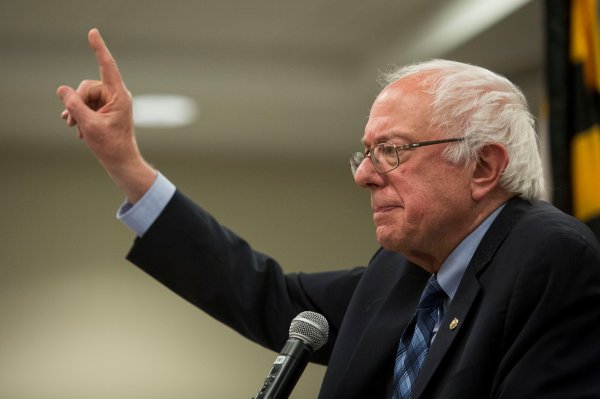 It's Time to End Orwellian Surveillance of Every American
Next Up: Editor's Pick