Here's How Much We Spend Powering 'Always-On' Inactive Devices

Americans spend some $19 billion a year on electricity for devices that are powered on but inactive, according to a new report that aims to help reverse the trend.

Electricity consumed by devices like televisions, computers, printers and game consoles accounts for the majority of the figure, which translates to roughly 50 large power plants’ worth, according to the study by the Natural Resources Defense Council (NRDC). All of those devices consume energy while plugged in, even if they’re not used actively, and ones like refrigerators, washers and dryers that have electronic controls or displays—even Internet connectivity—are also a factor.

The NRDC recommends that consumers unplug appliances like televisions, computer and game consoles when they’re not being used, as well as choose more energy efficient products when replacing older models or buying newer ones. The report also calls on manufacturers to reduce the amount of energy that their products require in sleep mode, with the report’s author, Pierre Delforge, labeling the reduction of always-on consumption “a low-hanging fruit opportunity to cut climate-warming pollution.”

That reduction could have a significant effect on consumer’s bottom line, the report argues, stating American consumers could knock $8 billion off their collective utility bill if they reduced their electricity use by always-on devices to the consumption level of the 25% most efficient households surveyed. It’d help the environment, too, by preventing some 44 million metric tons of carbon dioxide pollution. 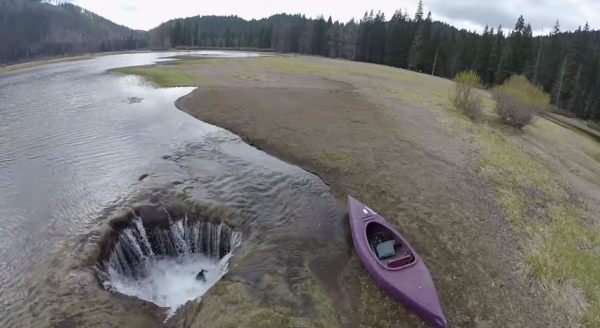 Watch Oregon's Lost Lake Disappear Through a Hole in the Ground
Next Up: Editor's Pick