How Eisenhower's Granddaughters Learned About WWII

Plenty of Americans have grown up hearing their grandfathers’ World War II stories. But, for Mary Jean and Susan Eisenhower, those stories could have—and actually have—filled many books.

That’s because their grandfather was Dwight Eisenhower, Supreme Allied Commander in Europe during the war and later President of the United States. Not that he told many war stories to his granddaughters when they were young, though Susan does remember him showing her a large photograph of the invasion of Normandy in his Gettysburg College office when she was 8 or 9 years old.

Mainly, Mary Jean and Susan learned about Eisenhower’s war experience through books—especially his own. They both read At Ease: Stories I Tell to Friends when it came out in 1967 (Mary Jean was only in about the fifth grade), and they learned many of his WWII stories in its pages.

Both women went on to work in professions related to their grandfather’s legacy; Mary Jean at People to People, an organization he founded, and Susan in national security, an arena where “many of the issues that are front and center [today] are impacted by decisions he made during his presidency,” she says. Their work gave them a deeper familiarity with his experiences during the war and beyond.

Still, they continued to learn new things about their grandfather’s life throughout their adulthoods. When Mary Jean was in her 30s, she learned about a note that had been found in his trashcan the month after the invasion of Normandy that he’d written to take responsibility in case D-Day failed, saying, “If any blame or fault attaches to the attempt it is mine alone.” (He apparently carried similar notes during every major invasion he ordered.) “It turned my heart as soon as I saw it,” Mary Jean says.

When Germany officially surrendered on V-E Day, 70 years ago Friday, Eisenhower’s tone was not celebratory—the Pacific battle was not yet won, after all. “The strong overwhelming feeling apparently [held] by everyone at headquarters, starting with the Supreme Allied Commander, was one of exhaustion and a profound sense of sadness,” Susan says. She was moved when she read the statement her grandfather sent to George Marshall and President Truman, which simply said that the mission was accomplished.

“If you see pictures of granddad that day,” Mary Jean says, “and then see him 10 years later as president, 10 years older, he actually looks 20 years younger than he did on the day of surrender. Even thinking of this puts a lump in my throat, to think of what he went through.”

A new exhibit at the National WWII Museum in New Orleans—where the Eisenhowers participated in a panel on Thursday—called “Road to Berlin” highlights stories from the European theater in large part though personal effects, many from soldiers who died. Susan says this way of humanizing the war is “the greatest form of storytelling.” But when the women were children, their grandfather’s own personal effects from the war weren’t necessarily objects they were awed by, at least not much more than any other grandchild is awed by their grandparents’ household items.

They were aware, however, of the wartime connection the President known as “Ike” had to many of the men around him, including a chauffeur, Sgt. Leonard Dry (who had taken him to meet the 101st Airborne Division before the Normandy landings and airdrop) and his valet, Sgt. John Moaney (who was with him from the North African campaign until the end of both their lives). “We were very conscious of the fact that all these people went way back,” Susan says.

The women were taught to compartmentalize their views of their grandfather between the personal and the public. In fact, Mary Jean says she got to know four versions of Eisenhower over the years: “The military one, the presidential one, the knee-slapping one and the People to People one,” with the knee-slapping iteration being the warm man who made her count up coins in a piggy bank. In grade school when lessons about him came up, Susan says this compartmentalized mindset was especially important: “There was a period right after his presidency where his presidency was really misunderstood and getting torn down. He wouldn’t get up and brag and he didn’t draw attention to himself.”

As for Mary Jean, those lessons may have been a bit easier to brush off. “I have to confess I slept through most of my history classes,” she says. “I’d see the war pictures go up on the movie screen and it was like the sand man started beating me to death.”

Correction: The original version of this article incorrectly described Sgt. Moaney’s role for Eisenhower. He was his valet. 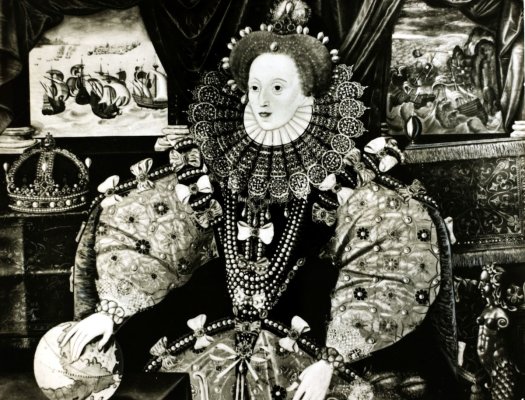 Our Obsession With the Royals Goes Way Back
Next Up: Editor's Pick