Miley Cyrus: 'It Has a Lot to Do With Being a Feminist, but I'm Finally O.K. With Being Alone'

Miley Cyrus attends the "China: Through The Looking Glass" Costume Institute Benefit Gala at Metropolitan Museum of Art on May 4, 2015, in New York City
George Pimentel—WireImage/Getty Images
By Eliana Dockterman

When Miley Cyrus heard that one of her teenage fans in Lansing, Mich., was being bullied over a “Legalize Gay” T-shirt, the pop star picked up the phone and called her. “Someone at the school who is an adult and seemed more powerful than her told her that she wasn’t supposed to be wearing that shirt at school,” said Cyrus. “I just wanted to make clear that she had a legal right to express herself however she wanted.”

Cyrus’ call is part of the work she’s doing with the newly launched Happy Hippie Foundation, which supports LGBTQ and homeless youth. When Cyrus launched the nonprofit organization earlier this week, she spoke in interviews about her personal investment in the issue, saying she’d had relationships that “weren’t straight.” In conversation with TIME, she clarifies that she doesn’t label herself as gay, bisexual or straight.

“I’m not hiding my sexuality. For me, I don’t want to label myself as anything,” she says. “We love putting people in categories, but what I like sexually isn’t going to label me as a person.”

Cyrus says that she believes she should be judged based on herself, not who she is or isn’t dating. “It has a lot to do with being a feminist, but I’m finally O.K. with being alone,” she says. “I think that’s something we have to talk about more: that you can be alone.”

“There are times in my life where I’ve had boyfriends or girlfriends. And there are times where I just love being with myself and don’t want to give part of myself away to someone else … I think that’s a new freedom for women, especially. I don’t know that my mother would have been able to be 22 and secure in being alone. But my future doesn’t rely on having a partner.”

Still, Cyrus understands her rejection of such labels will be hard for people to accept. “There’s all this pressure to define yourself sexually, but why? Our world revolves around sex,” she says. “Like, when I did this photo shoot with Annie Leibovitz when I was 14 or 15, everyone jumped to make it this sexual thing. But I never thought of it as sexual. Annie never thought of taking a sexual photo of a teenager. But everyone made it something it wasn’t.”

Speaking about personal issues has helped Cyrus gain a passionate social media following that looks to her for advice or help, as that young fan did after hearing that Happy Hippie had a mission to empower young people through social media. The girl was ecstatic to hear from the star, who she’d followed since Cyrus’ days on Hannah Montana, and cried when she saw Cyrus call the issue out on social media. “Without Happy Hippie, maybe that story wouldn’t have been heard, and she would have changed the shirt,” says Cyrus.

The principal of the Michigan school tells TIME that she intends to speak with the person in question — who was neither a teacher nor an administrator — and that the school allows students to exercise their First Amendment rights. 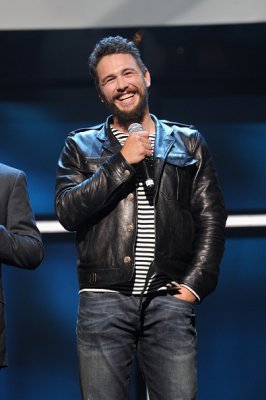