The Tenacious Woman Who Helped Deliver Mother’s Day to the U.S.

One hundred years ago last May, President Woodrow Wilson signed the first congressional resolution and presidential proclamation calling upon all citizens to honor Mother’s Day. The observance of the Mother’s Day holiday may have had an easy birth, but not an easy transition to maturity.

Anna Jarvis, who deserves credit for the holiday’s popularity and organized the first official Mother’s Day services on May 10, 1908, in her hometown of Grafton, West Virginia, and in her adopted hometown of Philadelphia, designed the celebration in honor of her own mother, Ann Reeves Jarvis. As a young girl, she was inspired by a prayer she once overhead her mother give: “I hope and pray that someone, sometime, will found a memorial mother’s day commemorating her for the matchless service she renders to humanity in every field of life,” Jarvis remembered her mother saying. Jarvis chose the second Sunday in May to mark the anniversary of her mother’s death and selected Mrs. Jarvis’ favorite flower, the white carnation, as the holiday’s official emblem.

As a single woman in her 40s, Jarvis viewed motherhood simply through the eyes of a daughter. Thus she constructed a child-centered celebration of motherhood for Mother’s Day: a “thank-offering” from sons and daughters and the nation “for the blessing of good homes.”

Jarvis, however, considered Mother’s Day her intellectual and legal property. She wished for Mother’s Day to remain a “holy day,” to remind us of our neglect of “the mother of quiet grace” who put the needs of her children before her own.

Jarvis’ attacks on the commercialization of Mother’s Day became legendary. In 1922, Jarvis endorsed an open boycott against the florists who raised the price of white carnations every May. The following year, she crashed a retail confectioner convention to protest the industry’s economic gouging of the day.

The biggest threat to Mother’s Day was another holiday: a more inclusive Parents’ Day. In 1924, New York City philanthropist Robert Spero sponsored his first Parents’ Day celebration on the second Sunday in May. His rallies earned more holiday converts and media attention as the decade progressed. “We want fathers to feel they are more than breadwinners, that when they go off to work they have some responsibility for what goes on in the home,” Spero told The New York Times in 1926.

In 1930, when New York Assemblyman Julius Berg introduced a bill in Albany to legally replace Mother’s Day with Parents’ Day on the state calendar, he was confident that New York State mothers would have no complaints about sharing their day with fathers.

But Jarvis complained, vehemently. Not only did she consider the bill a personal attack on her legal copyright protection; she saw it as a patent, “humiliating” insult to the state’s mothers. For Jarvis, a threat to Mother’s Day was an affront to motherhood and, in turn, to family harmony. Although often criticized by her more feminist contemporaries, as well as modern scholars, for her failure to acknowledge mothers who were active in the era’s social and political reform movements, Jarvis never faltered from her defense of a mother’s preeminent role within the family.

The state and national success that Spero predicted for Parents’ Day never materialized. Berg’s bill failed repeatedly in Albany. And even George Hecht, the publisher of Parents magazine who had once endorsed Parents’ Day, abandoned the movement in 1941 to chair a new national committee on Mother’s Day.

Perhaps the holiday’s lack of broad appeal mirrored the larger cultural recognition of the unequal division of child care—that when contemporary child care experts or social pundits addressed “parents,” they were still really addressing mothers. Although many Americans certainly believed that fathers deserved regard beyond that of breadwinner, most hesitated to equate the maternal and paternal roles. Ultimately, Americans opted to honor fathers in a way that did not threaten the status of mothers or marginalize their role as children’s primary care takers. As the Parents’ Day movement faded in the 1940s, the celebration of Father’s Day grew in popularity.

On a national calendar already crowded with tributes to American fathers — from Presidents’ Day to our “pilgrim fathers” on Thanksgiving — Mother’s Day is the only culturally, commercially popular holiday that explicitly celebrates women. And that explains Jarvis’ protectiveness: “When a son or daughter cannot endure the name ‘mother’ for a single day of the year it would seem there is something wrong,” she implored.

Katharine Lane Antolini is an assistant professor of history and gender studies at West Virginia Wesleyan College. She is the author of Memorializing Motherhood: Anna Jarvis and the Struggle for the Control of Mother’s Day. She wrote this for What It Means to Be American, a national conversation hosted by the Smithsonian and Zocalo Public Square. 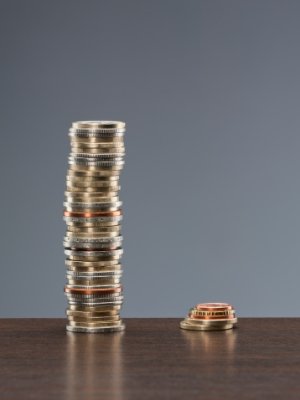