In a major victory for privacy and democracy, the U.S. Court of Appeals for the Second Circuit ruled today that the National Security Agency has been illegally collecting information about Americans’ phone calls—all Americans’ phone calls—for at least nine years. In the name of fighting terror, the agency has been collecting records on all of us—who we call, when we call, and how long we talk, although not the contents of the calls—without regard to whether we are connected to terrorism. The court unanimously ruled that the NSA’s massive “phone metadata” program, first revealed by Edward Snowden in June 2013, is not authorized by the statute the NSA has long relied on to conduct the program. Congress is currently considering whether to renew, reform, or let the provision expire. Today’s ruling should inform Congress’s debate, and supports renewing the NSA’s authority only if it is significantly reined in.

The court’s decision turned on the meaning of Section 215 of the USA Patriot Act, passed shortly after 9/11. It authorizes the government to obtain records from businesses if they are “relevant” to an “authorized investigation … of international terrorism.” This language would plainly enable the NSA to obtain the phone calling records, for example, of a suspected terrorist, or of persons closely connected to him. But in a secret interpretation allowed by a secret intelligence court in 2006, the NSA asserted that this provision empowered it to obtain the phone records of every American, regardless of whether they were in any way connected to terrorism. It’s that interpretation that the U.S. Court of Appeals wisely rejected today.

The NSA argued that every American’s records were “relevant” and therefore subject to collection because at some point in the future they might come in handy to a terrorism investigation. But as the court of appeals reasoned, that theory is limitless. It would authorize the NSA to collect all business records about everyone—including financial records, medical records, and email and internet search records—without any showing of an actual tie to terrorism.

The court of appeals is not the first to find the NSA’s interpretation a stretch. When Representative Jim Sensenbrenner, a Wisconsin Republican who drafted the Patriot Act provision in question, learned of the NSA’s interpretation, he said that he never intended it to authorize such “dragnet collection” of information on innocent Americans. The Privacy and Civil Liberties Oversight Board, a government oversight body created by Congress and appointed by the president, concluded in January 2014 that Section 215 did not authorize the NSA’s program.

But the unanimous decision of the federal court of appeals has the force of law. More important, its opinion makes eminent sense, underscoring that when Congress gives the executive authority to obtain information only where it is relevant to a specific investigation, the NSA should not secretly expand that to collect records on us all.

The court’s timely decision comes as Congress is considering what to do about Section 215. A bipartisan group of members, including Senators Pat Leahy and Mike Lee, and Representatives Sensenbrenner and John Conyers, has introduced the USA Freedom Act, which would end the NSA’s bulk collection authority, and allow it to seek phone records only when reasonably connected to specific identifiers or “selectors” tied to terrorism. Senator Mitch McConnell, by contrast, has proposed a bill that would reauthorize Section 215 with no reforms whatsoever.

Congress should be guided by the federal appeals court’s careful reasoning. As the court found, the authority asserted and exercised by the NSA was entirely unprecedented. It goes far beyond any preexisting authority to obtain records in any other investigative context. Digital technology makes this possible; the government can now track us in ways that until very recently were simply impossible. But just because it can do so doesn’t make it right to do so. If we are to preserve our privacy in the digital age, we must confront that reality and insist that the government’s new spying technologies be appropriately constrained.

Congress should pass the USA Freedom Act. But doing so will by no means be sufficient. Snowden revealed a wide range of NSA spy programs that intrude on the privacy rights of innocent Americans and non-Americans alike. The USA Freedom Act deals only with one such program. But the court of appeals, and the USA Freedom Act, point the way forward in a more general way. If we are to rein in the NSA, we must insist first that there be public debate before the government institutes sweeping new surveillance programs, and we must demand, second, that surveillance be targeted at individuals as to whom there is suspicion of wrongdoing, and not applied indiscriminately to us all. 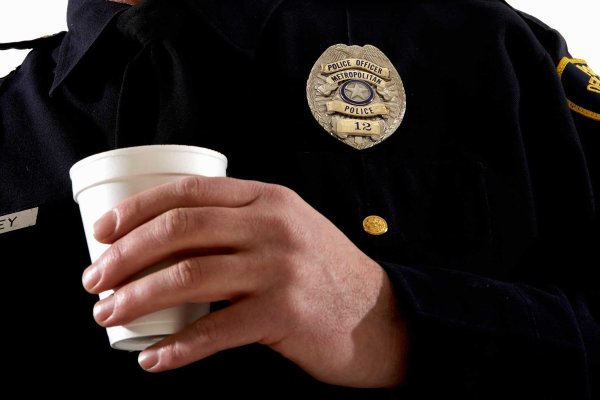 Police Officer Sues Starbucks After Spilling Hot Coffee on Himself
Next Up: Editor's Pick