A new study showing that a tiny percentage of extremely premature babies born at 22 weeks can survive with extensive medical intervention could change the national conversation about abortion, though the research is unlikely to have a major effect on women’s access to abortions in the short term.

Anti-abortion advocates said the study—which was published by the New England Journal of Medicine on Wednesday and found that 3.5% percent of 357 infants born at 22 weeks could survive without severe health problems if hospitals treated them—could benefit the anti-abortion movement by sparking discussion about the viability of premature babies.

The anti-abortion movement has tried to shift attention away from women who seek abortions—as in, debates on whether abortion should be allowed in cases of rape or incest—and instead focus on the unborn baby, using the argument that fetuses can feel pain at 20 weeks to justify state bans on abortion after that time. Some 13 states have banned abortion after 20 weeks, according to Naral Pro-Choice America, a non-profit advocacy organization. Other states, such as Wisconsin, South Carolina and West Virginia have started debating such measures this year. The 20-week bans, Balch said, are partially designed to bring the focus back to the child—and the new data on premature babies will make that easier. “It strengthens the persuasiveness argument, even if it doesn’t impact the legal argument,” he said.

While anti-abortion advocates hope the study will shift public opinion, the fact that a small number of babies can survive at 22 weeks with extraordinary interventions will likely not have a large impact on a woman’s ability to get an abortion today, experts said.

The Supreme Court has held that states can restrict abortions if the fetus is viable—able to survive outside the womb—even if the mother’s health is not threatened by the pregnancy. But there is no strict legal definition of viability; instead, it is determined on a case-by-case basis by the individual doctor. While it is possible that the study could affect a doctor’s decision about the viability of a pregnancy, doctors would usually focus more on the details of the specific case. And few doctors and clinics offer abortions at such a late stage anyway, experts added.

“Viability has never been a set number,” said Eric Ferrero, vice president of communications at Planned Parenthood Federation of America, the reproductive health non-profit. “It is determined by each doctor based on the woman and the pregnancy and it varies. That’s what the medical community has said and what Roe v. Wade says, and that’s unchanged by this study, which is about the extremely intensive care that is provided in some places.”

Though the new research has sparked discussion of abortion, its real relevance is for expectant parents researching the medical treatment available for premature babies, particularly those who may want to find out whether their hospital provides interventions to save babies at 22 weeks.

“I think it’s important information, especially for women excited about having a baby,” says Elizabeth Nash, an expert on state laws governing reproduction at the Guttmacher Institute, a research and advocacy group focused on reproductive health. “It’s much more tangential to abortion, except that abortion opponents will look to this information to try to restrict access, and that’s where we have to pay attention.” 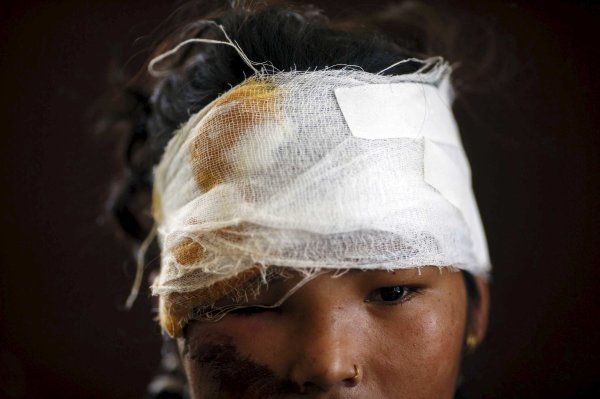 Inside Nepal's Hospital Crisis
Next Up: Editor's Pick