How the Art World Changed Its Mind About Yoko Ono

Yoko Ono made her “unofficial” debut at the Museum of Modern Art in New York City in 1971, by advertising a “one woman show” that didn’t actually exist. What a difference four decades makes. “Yoko Ono: One Woman Show, 1960–1971,” a new MoMA exhibition of her work opening May 17, is a belated recognition of the importance of Ono’s conceptual and performance art in the 1960s.

But MoMA isn’t the only institution that did not give Ono much attention in the years before her name was linked to John Lennon’s. Her early work was pretty far out, and it was clear that not everybody got it.

Case in point: When Ono made her first appearance in TIME in 1966 as part of a report on the scene at a week-long “Destruction in Art Symposium” in London, the magazine’s eye-rolling tone was clear as it described her “fey Zen variant on the dominant theme” to “spread out a cloth on which she drew the outlines of people’s shadows, then [fold] it up to take their shadows prisoner.”

A year later, Ono merited a paragraph under the headline for her recent “show-biz flop.” As TIME reported:

By 1968, she had become linked with Lennon, first as a “free female soul” with whom he was opening an art exhibit—and soon after as the avant-garde artist for whom he was leaving his wife Cynthia. Decades later, though her relationship with Lennon has remained a defining element of her public life, the museum at which she was once able to mount only a theoretical show is giving her a real solo exhibition.

Among the pieces on show: Film No. 4. 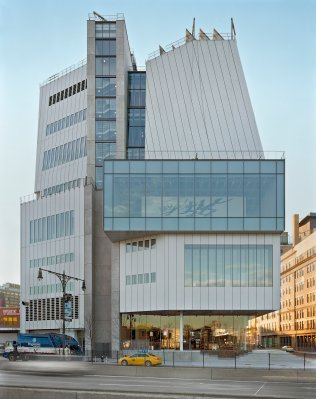 Welcome to the Whitney’s New Home
Next Up: Editor's Pick