I’ve cared deeply about politics since I was a child and discovered that it’s an easy way to make other people think I’m smart. I also care about who I vote for because, as we learned in civics class, it imparts the right to complain, which I believe is enshrined in the Ninth Amendment since no one knows what the Ninth Amendment is. But voting for politicians is way less important than deciding what to buy.

Our society is shaped by giant corporations, yet we spend no time thinking about which ones we want in control. I don’t mean whether a company destroys the environment, tests chemicals on puppies or exploits foreign labor. I mean, I care deeply about that stuff, because it sounds like politics. But I’m talking about their plans for our future.

If Yahoo had beaten Google in the search-engine wars, it would not have funded self-driving cars, mapped the world or scanned all our books. We would, however, know even more about stock prices, the weather and everything that is “sexy.” If Burger King had beaten McDonald’s, children would have had nightmares about a creepy red-bearded king instead of nightmares about a creepy red-haired clown. If Myspace had beaten Facebook, all our celebrities would be Las Vegas strippers.

When Americans bought Model T’s, they didn’t consider that they were choosing to live with Henry Ford’s system of sublimating individual tastes over General Motors’ vision of making different cars for different people. For decades, American middle-class suburban driveways were the equivalent of all of us having the same wallpaper photo on our smartphones.

I think about this whenever I choose between Lyft, Uber and not drinking. Lyft wants to build a society where everyone is signed up as a potential driver or passenger, thereby allowing us to casually pick up riders along our route to help reduce emissions, traffic and the loneliness of commuting. Uber wants to make everyone feel rich by being chauffeured, having restaurant meals delivered, riding in helicopters and, I’m guessing, being taught even scarier German words.

I ran this theory by Jerry Davis, a University of Michigan sociology professor who studies how companies shape societies and who is such an expert on organizations that a recent book he wrote is called Organizations and Organizing. Davis, to my surprise, totally agreed with me. “Who you vote for never matters at all. One vote never matters. One purchase makes a difference as to whether Starbucks talks about race or not. You’re going to go to Peet’s, where they don’t make you talk about uncomfortable topics,” he said. Admittedly, “Peet’s: Where we don’t make you talk about uncomfortable topics” is not a great slogan, but it’s not bad for a guy who came up with Organizations and Organizing.

Arun Sundararajan, a professor at NYU’s business school who studies how technology transforms society, says it’s easy to boycott grapes or eat non-factory-farmed meat, but people rarely consider the subtler, but equally important, ways companies shape society. “There were consumers in India that embraced the British East India Co., and that had long-term consequences,” he noted.

Likewise, Joseph Priester, a marketing professor at the University of Southern California’s business school and the former president of the Society for Consumer Psychology, enthusiastically agreed with my thesis, making me realize how desperate academics are to be quoted. But he also said that many times consumers aren’t uninformed–they just pretend they are. “If you’re shopping at Walmart, you know you’re destroying the small businesses,” he said. Priester argued that consumers saw malls, then Walmart and then Amazon core out Main Streets, reducing community connections and increasing crime rates in those areas. He then told me that he is an Amazon Prime member.

However, Wharton professor Witold Henisz implied that the Joel Stein consumer-ignorance thesis would probably never get me an endowed chair at Wharton, since what I’m asking for is called a marketing department. “Part of being a successful manager is to get consumers not to just buy on price and quality,” he told me. Then they get people to become long-term customers, since they know the direction the company is taking them. “Apple is a great example. People have confidence about where they will be in five years.” Which is, of course, in our arteries.

So I’m going to pay attention to companies’ marketing from now on. If they’re appealing to my baser instincts with ads featuring hot women in expensive places, I’m going to pay more attention. But then I’ll pick the product that is steering the world in the direction I want it to go. Though it would be a lot easier if companies just had parties like politicians do. I might call some econ professors about that. 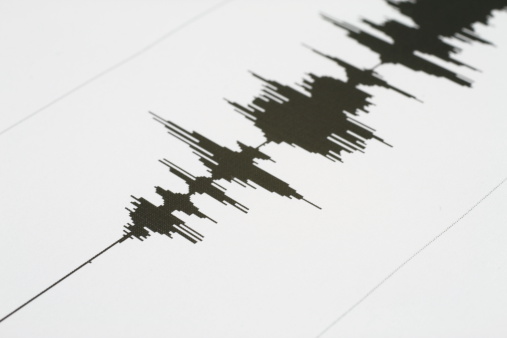 9 Sounds That No One Can Explain
Next Up: Editor's Pick