Moone Boy, about 12-year-old Martin Moone and his imaginary friend Sean, is autobiographical. How do you get into your inner boy to write?

I like to come home before we start writing the new season or the book, and memories kind of seep through. Weirdly, I’m standing in my childhood bedroom right now. I’m in Ireland for a family wedding.

When I grew up, it was wallpapered in Yorkie bar wrappers. My dad was kind of a graphic designer, so I was really into logos, and I loved this particular wrapper. Toward the end I had nearly 1,000.

Share a memory that has come back through writing.

We have a half-acre or so of land behind our house, and my dad worked from home, so we bought him a donkey for his 50th birthday. We had enough money for a donkey but not enough for a fence. So the donkey would just leave, and it was my job to go into town and find it. At exactly the time when you’re starting to appreciate girls and feel very self-conscious, the worst thing that you could do is walk a donkey through town.

Who is your ideal IF, as Martin calls imaginary friends? Is it Sean, whom you play?

I like the idea of it being someone who looks just like me, so I can see how I’m progressing physically as time goes on. Someone fitter than I am, who would make me stay in shape. A Fitbit, actually.

What compelled you and your co-writer Nick V. Murphy to skew young?

The show is really a family show, in the same tone as an American network show. And I wanted to write a book that the protagonist would read. The person I used for notes was the actor, David Rawle, who plays kind-of-me. His criticisms were harsher than I was expecting.

“This chapter is quite flabby. I’d be harsher on yourself.”

How do writing comedy and acting in it differ?

I had never written anything before this show. I’ve been hanging around with fantastic writers like Lena Dunham and Kristen Wiig and Judd Apatow. It rubs off on you after awhile. But it’s intimidating on your own.

What are you going to read to your 3-month-old son?

Right now the only one that we’re reading is Go the F-ck to Sleep. I’m looking forward to doing Roald Dahl. I just finished a film with Tim Burton based on another YA novel called Miss Peregrine’s Home for Peculiar Children.

You did Bridesmaids, Girls, you’re going to be in Icon, the Lance Armstrong film. What would you consider to be major success?

I’d like to be President, I suppose. Is that too–I feel sometimes I aim too high. I’d love to do a film with Paul Thomas Anderson. If I could put my finger on one thing I’d love to do in my life, it would be that.

I think Ireland pound for pound is the funniest country in the world. The thing I miss about being away is the banter in pubs–it is so strong and oddly civilized, smart. There’s a girl named Aisling Bea who’s really funny and might take off.

What’s going to happen when Ireland votes on gay marriage? 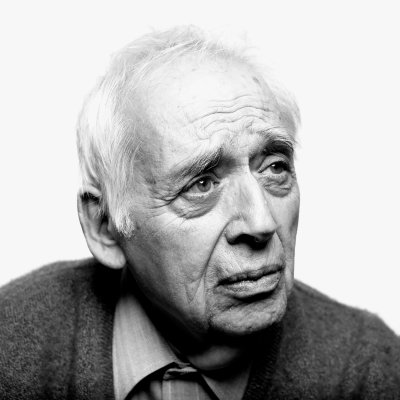 10 Questions with Harold Bloom
Next Up: Editor's Pick