Here's What J.J. Abrams Wants to Do to Jar Jar Binks in the New Star Wars Film

A figure of the character called Jar Jar Binks (C) from the Star Wars movie The Phantom Menace sits next to a figure of Princess Leia (R) from the original Star Wars trilogy in a display at FAO Schwartz 07 May 1999 in Garden City, NY.
MATT CAMPBELL—AFP/Getty Images
By Rishi Iyengar

Love him or hate him, Jar Jar Binks is one of the most colorful characters in the Star Wars universe. The fast (and weird) talking Gungan may not be around for much longer, though, if J.J. Abrams is to be believed.

“I have a thought about putting Jar Jar Binks’s bones in the desert there,” Abrams, the director of the iconic film series’ upcoming seventh installment, told Vanity Fair while seated at an edit bay in front of frames from the movie. “I’m serious! Only three people will notice, but they’ll love it.”

That’s not all Abrams and others reveal about the upcoming film, titled (as most of you probably already know) Star Wars: The Force Awakens, in a behind-the-scenes dive in Vanity Fair’s latest cover story. An elaborate photo shoot on the film’s set features several actors and characters that will take the story of a “long time ago, in a galaxy far, far away” forward in the post-George Lucas era, including Oscar winner Lupita Nyong’o.

The actress appears to be covered in CGI dots, so you’ll have to look closely to learn which animated character she plays (just as long as it’s not surnamed Binks.) 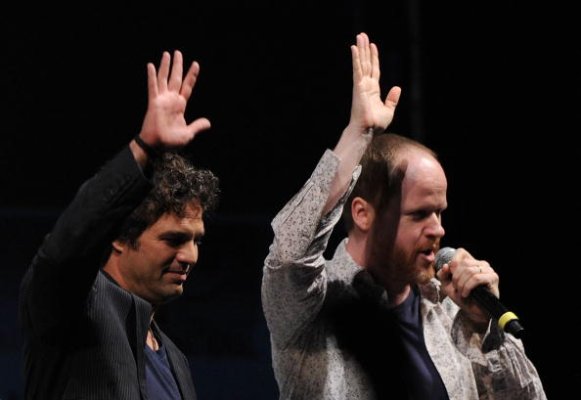 Mark Ruffalo: Joss Whedon Is a 'Deeply Committed Feminist'
Next Up: Editor's Pick