They Said What? Read 6 Text Message Conversations in the Deflategate Report

Tom Brady of the New England Patriots reacts against the Seattle Seahawks during Super Bowl XLIX at University of Phoenix Stadium in Glendale, Ariz., on Feb. 1, 2015
Christian Petersen—Getty Images
By Noah Rayman

A report released by the NFL on Wednesday found that the New England Patriots had likely deflated game balls for the AFC Championship Game against the Indianapolis Colts on Jan. 18. Investigators not only zeroed in on two employees suspected of purposefully deflating footballs below regulation levels—John Jastremski, a team equipment assistant, and locker room attendant Jim McNally—but that star quarterback Tom Brady was probably “at least generally aware.”

The 243-page report draws from an array of sources, including interviews and surveillance camera footage, but the text messages exchanged between Jastremski and McNally provide a colorful (and at times expletive-filled) lens into what has become known as Deflategate.

The investigators say it’s still not clear when the duo may have begun collaborating, but the report provides one message that dates from May 9, 2014, in the offseason before the team’s run to a Super Bowl victory last season, in which McNally appears to refer to himself as the “deflator”:

McNally never commented on why he appeared to label himself the “deflator,” because investigators obtained the texts after they had interviewed him, and counsel for the Patriots refused an unconditional follow-up interview.

On Oct. 17, the day after a Thursday night game against the New York Jets, during which Brady had complained about the level the balls were inflated, McNally texted Jastremski. During the exchange, he appears to threaten to inflate the ball. (NFL rules dictate that balls are inflated to between 12.5 and 13.5 pounds per square inch):

The text conversation continued over the next few days. On Oct. 23, McNally joked about “deflating”:

Both McNally and Jastremski told investigators that the “deflating” joke was not a threat that the game balls for the upcoming match against the Bears would not be deflated. According to the report, “They offered no reasonable alternate explanation for the statement that the ‘only thing deflating’ on Sunday would be Brady’s passing rating.”

In one exchange on Oct. 24, McNally appears to ask for shoes as payment for his services, apparently threatening to otherwise inflate the ball like a larger Rugby ball. McNally told investigators that “rugby sunday” was in fact a reference to over-inflated balls:

The next day, Jastremski asked McNally what shoe size he wanted.

Fast forward to January 2015, and the Patriots are about to play the Baltimore Ravens in the playoffs. On Jan. 7, the pair appear to have discussed getting autographed items to McNally:

After the game on Jan. 10, according to the report, McNally apparently received two footballs signed by Brady and also got his signature on a previously obtained game-worn jersey.

On Jan. 19, early in the morning after the fateful game, McNally spoke with Brady and then called McNally at 7:45 a.m. The call lasted 9 minutes and 12 seconds, according to the report. McNally told investigators that the conversation was related to his “curiosity” about “what the heck is going on.” 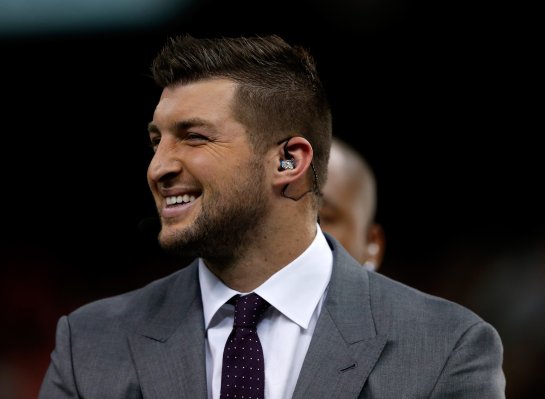