6 Surreal Takeaways From the Deflategate Report

Give Ted Wells, the NFL-appointed attorney who produced Wednesday’s investigative report about Deflategate, a little credit. Some sections of 243-page (including appendices) document read like a real caper: hours before kickoff in the AFC championship game on Jan. 18, referees measure football air pressure in their locker room and exit to take care of some pre-game business, only to return to find that—ahhhh!—the footballs have disappeared. Where did they go? Into a Gillette Stadium bathroom, that’s where. What happened in there? We can’t say for sure, but the investigators believe it is “more probable than not” that a Patriots locker room attendant, Jim McNally, stuck a needle in 13 footballs, letting some air out of them and breaking NFL rules.

Deflategate has always been pretty ridiculous—even though it’s not cool, at all, that the Pats likely cheated. This report, and some of the reaction to it, highlights some of the insanity. A few examples:

1. That’s Not Tom Brady. It’s The Ticket Guy. The report pins Deflategate on two Pats employees: McNally and John Jastremski, the equipment assistant who’s in charge of preparing the balls that Brady uses in games. (The report says Brady was likely at least “generally aware” of the scheme.) During New England’s game against the New York Jets on Oct. 16, Brady complained that the balls were overinflated. “Tom sucks,” McNally—nicknamed “Bird” in Jastremski’s phone—texted to Jastremski. “i’m going to make that next ball a fu-king balloon.” McNally is tasked with attending to the referee’s locker room, and bringing the game balls to the field. Why would he reference anything to do with football air pressure? One minute and 23 seconds later, Jastremski replied: “Talked to him last night. He actually brought you up and said you must have a lot of stress trying to get them done.” Jastremski followed with two more messages to McNally: “I told him it was. He was right though…I checked some of the balls this morn …The refs fu-ked us … a few of then were at almost 16.”

Both McNally and Jastremski claimed that “him” and “he” referenced in the second and third messages did not refer to “Tom”—indisputably Brady—but a friend of Jastremski who could help McNally sell unused Pats season tickets. That, according to the Deflategate suspects, was the source of “stress.” Not tampering with footballs. So they want you to believe that two relatively low-level Pats employees begin a text conversation referencing the team’s superstar, then suddenly start talking about a “he” that does not refer to the team’s superstar, and then end the conversation referring back to football air pressure—which was “almost 16” pounds-per-square-inch (psi), way overinflated—and obliquely recalling the superstar’s displeasure. If this is true, that’s some of the strangest pronoun usage ever.

Wells didn’t buy it. Do you? I’m betting the odds are, hell no.

2. The NFL Knew! Or at least got a head’s up. The day before the AFC championship game, Colts General Manager Ryan Grigson sent an email to NFL operations officials. In the email was a note from the team’s equipment manager:

Now, at the time, this probably sounded like a nutty conspiracy theory. The report notes that the Colts had no factual support to back up their suspicions. But still … shouldn’t this raise at least a little alarm? Since this was, after all, the AFC championship game, couldn’t the NFL have assigned someone—anyone—to supervise the balls prior to the game? Just don’t let them out of your sight. If such a hawkeye was on duty, no way could McNally have slipped into the bathroom with the footballs. “Excuse me, Jim,” Hawkeye (let’s just give this imaginary football surveillance pro this name) would have said, as McNally entered the restroom. “Please leave the balls out here.” To think: Deflategate was utterly preventable.

3. Robert Kraft’s Reaction. In a statement on Wednesday, New England’s owner stuck to his story: I don’t believe any of this. “To say we are disappointed in its findings, which do not include any incontrovertible or hard evidence of deliberate deflation of footballs at the AFC Championship game,” Kraft said, “would be a gross understatement.” No surprise that Kraft defended his team. But one section of Kraft’s five-paragraph missive at best, misses the point, and at worst, is nakedly disingenuous. “What is not highlighted in the text of the report is that three of the Colts’ four footballs measured by at least one official were under the required psi level,” Kraft said.

Okay, but what’s not highlighted in this statement is that two officials measured the psi of these four Colts balls at halftime. For all four balls, at least one official found that the psi was above the required 12.5 level. Secondly, the Colts’ raw measurement is irrelevant. Even New England’s convoluted physics—remember Bill Belichick’s news conference on all that?—recognize that when a ball moves from a controlled climate like a locker room into the cold of the AFC championship game, air pressure decreases. “Now, we all know that air pressure is a function of the atmospheric conditions,” Belichick said at his physics lesson.

What is relevant—and also missing from the statement—is the difference in air pressure drops between New England’s balls and Indy’s balls. And the data shows that New England’s balls dropped at a higher and statistically significant rate. Wells’ teams called on science experts to replicate conditions that could explain New England’s drop. They couldn’t do it. The most plausible explanation is human tampering.

4. Tom Brady Sr.’s Reaction. We understand, and appreciate, fatherly love. After the report’s release, Brady Sr. defended his son—as any good dad would do. But even dad can take things too far. “The league had to cover themselves,” Brady Sr. told USA Today. “The reality is they had no conclusive evidence. This was Framegate right from the beginning.” With all due repect, Mr. Brady, the NFL has no real incentive to “frame” its most marketable celebrity. It gives Roger Goodell no pleasure that the report suggests Brady knew about deflation—and did nothing to stop it. Goodell’s best buds with Kraft. He won’t create a reason to punish Kraft’s team, and maybe suspend its Hall of Fame quarterback.

5. Vigorous Rubbing. In the appendix, one section of a report from scientific consulting firm Exponent is entitled “Vigorous Rubbing.” Come on, all Deflategate stories must provide a requisite giggle. In the section, Exponent debunks Belichick’s theory that the “rubbing process” on the football could explain the illegal psi.

6. Tom Brady as Liar. The report does offer Brady some deniability—it acknowledges the lack of hard proof tying him directly to Deflategate. But Wells leaves little doubt that he thinks Brady lied to investigators. Jastremski said that Brady knew McNally; Brady said that prior to the AFC title game, “he did not know McNally’s name or anything about McNally’s game-day responsibility.” The report calls Brady’s claims here “not plausible.”

So, now on record is a 243-page report, commissioned by the NFL, which labels its all-time quarterback a liar.

Read next: Read 6 Text Message Conversations in the Deflategate Report 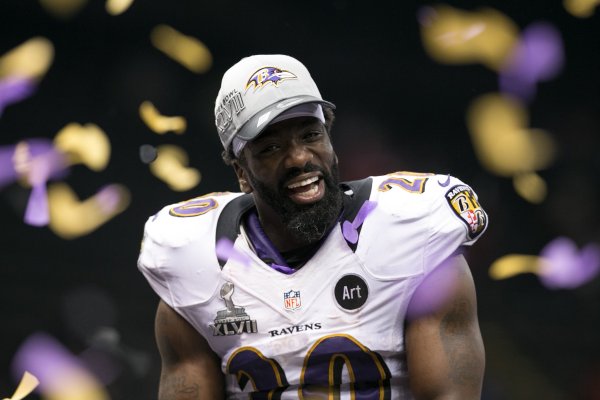