Natalie Portman Doesn't Know Where Her Oscar Is

Natalie Portman opened up to The Hollywood Reporter about her feelings on Israel, her thoughts on being a Jew in post-Charlie Hebdo Paris and her directorial debut of Amos Oz’s memoir, A Tale of Love and Darkness, a film shot entirely in Hebrew (Portman was born in Israel). But in between all those very serious topics, Portman also revealed that she loves Broad City, even though she doesn’t have a television (she says she watches it on her computer). And she said she doesn’t know where she put the Oscar she won for 2010’s “Black Swan.”

You can read the full interview at The Hollywood Reporter, but here are some key takeaways:

On her Oscar: “I think it’s in the safe or something. I don’t know. I haven’t seen it in a while. I was reading the story of Abraham to my child and talking about, like, not worshipping false idols. And this is literally like gold men. This is lit­er­ally worshipping gold idols—if you worship it. That’s why it’s not displayed on the wall. It’s a false idol.”

On Netanyahu’s re-election: “I’m very much against Netanyahu. Against. I am very, very upset and disappointed that he was reelected. I find his racist comments horrific.”

On her marriage to dancer and choreographer Benjamin Millepied: “The disappointments are always in myself, and like, when you’re faced day to day with someone looking at you, it’s like a mirror that you have to yourself, and you can see your own good behavior and bad behavior. And it’s a beautiful challenge to be the best person in the mirror that you can be. I mean, I don’t beat myself up over it, but I’m not always as generous as I feel like I could be.” 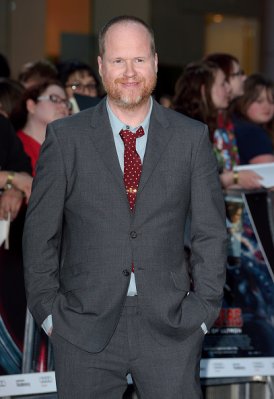 Joss Whedon Says He Didn't Quit Twitter Because of Feminist Backlash
Next Up: Editor's Pick