A tiny North Dakota town was evacuated Wednesday after a train carrying crude oil derailed and 10 cars burst into flames, local authorities said. It is the latest in a string of explosive oil train derailments that have raised concerns about the large volume of crude moving across America’s tracks.

No injuries have been reported from the derailment of a BNSF train near Heimdal, North Dakota, the Wells County Sheriff’s Office told local station Valley News Live. The town, which in 2010 had a population of 27, has been evacuated, as have farms near the crash site.

Fire crews from three nearby towns… 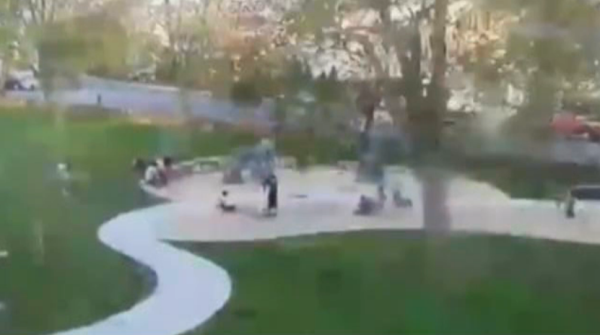 This Frightening Video Shows a Tree Falling on a Children's Playground
Next Up: Editor's Pick