This 66-Year-Old Woman Is Suing All Gay People—Yes, All of Them

A Nebraska woman is suing every gay person on Earth and asking a federal judge to rule on whether homosexuality is a sin.

Sylvia Driskell, 66, describes herself as an ambassador of “God, And His, Son Jesus Christ [sic]” and will serve as her own lawyer in Driskell v. Homosexuals, NBC News reports. In her seven-page petition, written entirely in cursive, Driskell doesn’t reference any case laws for U.S. District Judge John M. Gerrard to consider, but she does quote the Bible and Webster’s Dictionary.

“I never thought that I would see a day in which our great nation or our own great state of Nebraska would become so compliant to the complicity of some people[’s] lewd behavior,” writes Driskell, who says “that homosexuality is a sin and that they the homosexuals know it is a sin to live a life of homosexuality. Why else would they have been hiding in the closet.”

Gay activist and columnist Dan Savage, one of the many millions of people being sued, has signaled he’d be willing to take the stand: 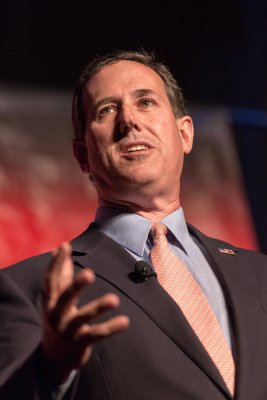