Floyd Mayweather Jr. has a message for Manny Pacquiao and everyone who’s against him.

“Nineteen years in the fight game and I’ve had one excuse: Don’t have an excuse,” said the boxer, who was booed by a large section of the MGM Grand crowd on Saturday after defeating Philippines’ champion Manny Pacquiao on points. “Winners win and losers have excuses.”

Even though Mayweather extended his unbeaten record to 48-0 in the “Fight of the Century,” he is far from a popular man, and crowd favorite Pacquiao said after the bout that he didn’t agree with the judge’s unanimous decision and thought he had beaten the American.

Pacquiao’s apparent “excuse,” meanwhile — a shoulder injury that he didn’t report before the fight — may result in a class-action lawsuit and possible suspension.

Read next: See the Mayweather-Pacquiao Fight Recreated as a Game of Punch-Out!! 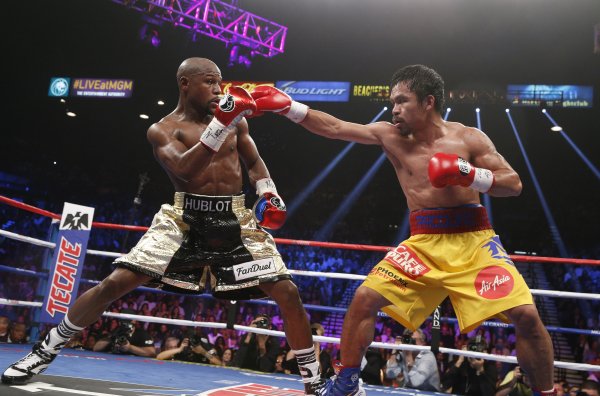 Manny Pacquiao Is Facing a $5 Million Class-Action Lawsuit
Next Up: Editor's Pick