For decades, Chinese officials’ job prospects have depended on one factor above all others: economic growth. The incentive structure seemed to make sense given that China has enjoyed one of the greatest economic expansions in human history. But on May 5, new Chinese regulations added another inducement to the mix: environmental protection. Officials will be held accountable for the air, water and soil in areas under their control. Should they fail an environmental responsibility audit, promotions will be nixed.

It’s no secret that China’s breakneck growth has devastated the country’s environment. Even by the government’s own reckoning — which some consider an underestimation of the problem — only eight of 74 Chinese cities met national standards for clean air last year, according to state newswire Xinhua. Sixty percent of ground water in one official survey was deemed “bad” or “very bad,” reported Xinhua.

According to Xinhua, the government guidelines released on May 5 state that “by 2020, China aims to reduce carbon dioxide emissions by 40% to 45% from the 2005 level, and increase the share of nonfossil fuels in primary energy consumption to around 15%.”

Earlier this year, a documentary made by former state TV journalist Chai Jing showed how state-owned industries were complicit in degrading China’s environment. The online video racked up more than 200 million views, and the country’s new Environment Minister Chen Jining praised China’s version of Rachel Carson. But a few days later, the video was pulled from the Chinese digital space.

Indeed, China’s Environment Minister has described the need for the country’s environmental legislation to have “steel teeth,” rather than acting as a “paper tiger.” So will the latest guidelines, which were formulated by China’s Cabinet, be enforced? Even the Xinhua article about the new policies ended with a note of caution, quoting a government-affiliated academic: 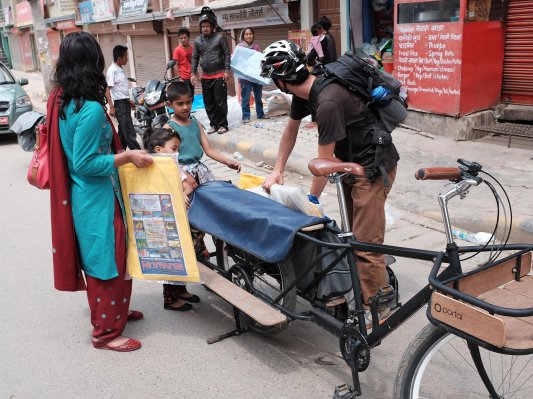