Hillary Clinton drew a sharp distinction Tuesday between herself and the 2016 Republican hopefuls on immigration reform, and called for a full path to citizenship for people who came to the U.S. illegally.

“Today, not a single Republican candidate, announced or potential is clearly consistent in supporting a path to citizenship,” the former Secretary of State said in prepared remarks before a round table at a high school in Nevada. “When they talk about ‘legal status,’ that is code for second-class status.”

Calling immigration a family and an economic issue, Clinton said she supported expanding programs for so-called Dreamers to help parents of immigrant children stay in the United States.

Clinton raised eyebrows in June when she said that the unaccompanied minors fleeing violence in Central America should not be allowed to stay in the U.S. “to send a clear message.” Immigration activists expect Clinton to firmly embrace comprehensive immigration reform as a central part of her platform in 2016.

In response to a question from one of the round-table participants, Clinton said she would make immigration reform one of her first initiatives if elected.

“We should put in place a simple, straightforward and accessible way for parents of Dreamers and others with a history of service and contributions to their community to make their case and to be eligible for the same deferred action as their children,” she said. 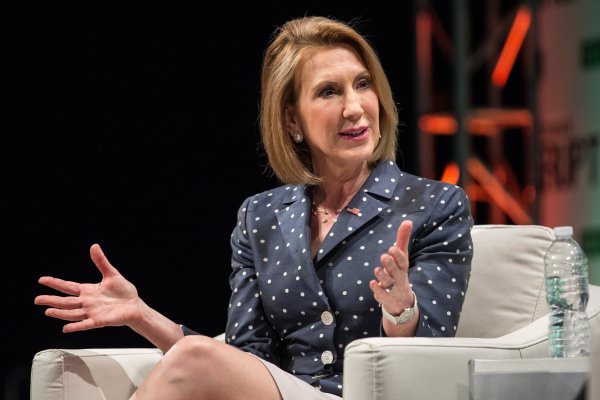 Carly Fiorina Says She Would 'Roll Back' Net Neutrality Rules
Next Up: Editor's Pick