Hired for Their Looks, Promoted For Their Heroism: The First Flight Attendants

Ellen Church and Virginia Schroeder, another flight attendant, pose in front of a modern 12-ton United Mainliner on May 14, 1940.
AP Photo
By Jennifer Latson

Ellen Church could fly, but the airlines weren’t interested in hiring women pilots in 1930. In fact, they weren’t convinced that women could do any job aboard a plane, as the New York Times later noted.

So Church, who was a registered nurse as well as a licensed pilot, appealed to the chauvinism of airline executives to help women find work in the skies, as she herself hoped to do. She recommended that nurses be hired to perform some of the tasks then handled by co-pilots, like hauling luggage and handing out lunches, as well as to help put the public at ease about the dangers of flying on the clunky, crash-prone early passenger planes.

Who better than nurses to put fearful passengers at ease, and who better than women to show men it was safe to fly? Or as Church put it, per the Times, “Don’t you think that it would be good psychology to have women up in the air? How is a man going to say he is afraid to fly when a woman is working on the plane?”

Officials with Boeing Air Transport, the predecessor of United Airlines, went for her pitch, and agreed to hire eight women, conditionally, for a three-month experiment. On this day, May 15, in 1930, Church and seven others began their first day of work as the country’s first flight attendants. Four flew from San Francisco to Cheyenne, Wyo., and the other four flew from Cheyenne to Chicago.

After the three months had ended, the original eight stayed on — and other airlines began recruiting their own stewardesses. According to TIME’s 1938 analysis, the jobs were highly competitive, and the hiring process was steeped in sexism. “To get their $100-to-$120-a-month jobs, applicants for the 300 stewardess posts [since 1930] had to be pretty, petite, single, graduate nurses, 21 to 26 years old, 100 to 120 lbs,” TIME notes. “Many of them found husbands right after they found jobs; few married pilots.”

The work itself was much more than pouring drinks and looking pretty, however. Stewardesses cleaned the cabin, helped fuel the planes and bolted down the seats before takeoff. And while they normally drew on their medical training only minimally, in assisting airsick and panicked passengers, they occasionally played the part of first responders in an emergency — as when 22-year-old TWA stewardess Nellie Granger ministered to critically injured passengers and then stumbled through snowy mountains in search of help after her flight crashed in Pennsylvania in 1936. (TWA rewarded her heroism with a paid cruise in the West Indies, along with a promotion.)

Church’s proposal was a success by most measures. Hiring female attendants paid off so handsomely in the air, in fact, that railroad executives followed suit, hoping to bring some of their glamor down to earth. But TIME’s 1937 dispatch about a recruitment drive for hostesses on the New Haven rail line reveals that while Church’s pioneering efforts might have opened new doors for female workers, only those with pageant-winning looks and charm were allowed to walk through — in the air or on land. As the story explains:

Read the full story, here in the TIME archives: Women on Wheels 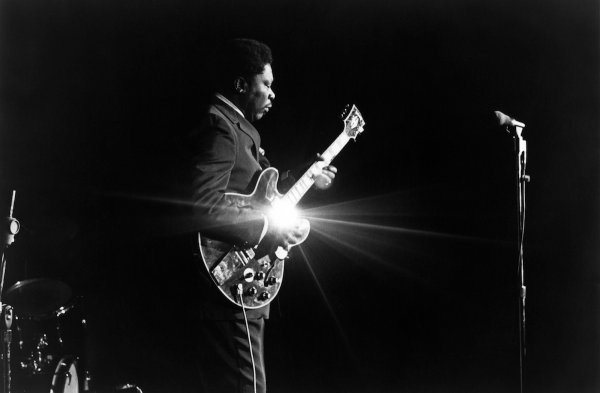 Why It Took So Long for the World to Discover B.B. King
Next Up: Editor's Pick