When Bob Dylan Took a Stand Against Censorship

Bob Dylan during rehearsals for the Ed Sullivan Show on May 12, 1963
CBS Photo Archive / Getty Images
By Jennifer Latson

Performing on The Ed Sullivan Show might have helped launch the careers of Elvis Presley and the Beatles, but Bob Dylan took a different approach to fame: courting celebrity by not performing.

Dylan was slated to appear on the massively popular variety show on this day, May 12, in 1963 — a year before the Beatles. At the time, he was little known by mainstream audiences, although TIME had referred to him a year earlier as “a promising young hobo.”

“He dresses in sheepskin and a black corduroy Huck Finn cap, which covers only a small part of his long, tumbling hair,” TIME’s 1962 story attests. “[H]e delivers his songs in a studied nasal that has just the right clothespin-on-the-nose honesty to appeal to those who most deeply care.”

On Ed Sullivan, Dylan planned to put a spin on his clothespin-on-the-nose honesty with “Talkin’ John Birch Paranoid Blues,” a satirical song written from the perspective of a John Birch Society member who is so terrified of communist infiltration that he looks for Reds everywhere, including in his chimney, toilet and glove box.

Sullivan himself apparently had no problem with the song when Dylan auditioned it, but a CBS executive who heard it during dress rehearsal found it too controversial. Dylan was told he’d have to sing a different song or change the lyrics, which included, “Now Eisenhower, he’s a Russian spy/ Lincoln, Jefferson, and that Roosevelt guy/ To my knowledge there’s just one man/ That’s really a true American: George Lincoln Rockwell.” (Rockwell was the founder of the American Nazi Party.)

Dylan refused to change the song or pick another, and walked out instead.

It wasn’t the first time a musical act had been censored on Sullivan’s show. The Rolling Stones were told to change “Let’s Spend the Night Together” to “Let’s Spend Some Time Together” — and obliged. The Doors were told to change a line from “Light My Fire” from “Girl, we couldn’t get much higher” to “Girl, we couldn’t get much better.” Jim Morrison agreed to make the switch, but sang the original live, and the band was banned from the show.

The trouble didn’t end for Dylan when he left the Ed Sullivan set, however. CBS also owned his record label, Columbia Records, and when executives there heard that the song’s lyrics might be grounds for libel, they pulled it from his second album, according to Rolling Stone.

Even though he never got to play the song, Dylan still got some press from the non-appearance. He clearly occupied the moral high ground in the New York Times’ dispatch about the dustup, headlined “Satire on Birch Society Barred from Ed Sullivan’s TV Show.” And, per Rolling Stone, he bounced back from the crushing disappointment when someone told him, “Man, you got a lot of free publicity. A real underdog.” 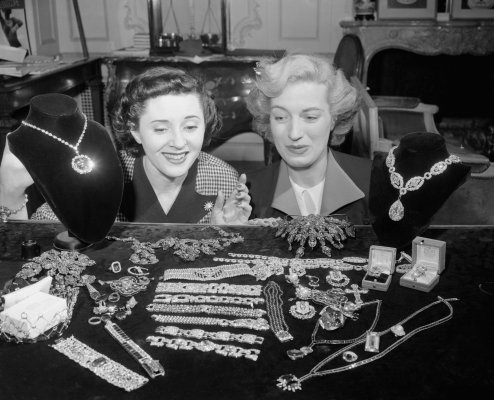 See Some of History's Most Extraordinary Jewels
Next Up: Editor's Pick