The Weird Thing That Packs on Calories—And Pounds

A quick trip down the frozen-food aisle at the supermarket can be anxiety-ridden. Given the sheer range of options for everything from popcorn to cereal to tomato soup, it’s tough to know what to buy (if you’re not going based on cost alone). Now, a new study suggests having so much variety may be wreaking havoc on our waistlines.

The new study, published in the journal PLOS ONE, shows having so many different brands of the same food may be making us overeat. The researchers asked people nearly 200 people about their consumption of pepperoni pizza. In the study, there were over 70 different pepperoni pizza brands consumed, and the calorie content varied by well over 300%. The researchers then compared the eating habits of people who regularly ate multiple varieties of pizza to people who only regularly consumed the same brand.

“It would appear that this high variability of food items makes it more difficult for people to learn about food and manage their consumption which exposes a new feature of Western diets and which has potential public health implications,” study author Charlotte Hardman, a lecturer in the Department of Psychological Sciences at the University of Liverpool said in a statement.

The findings suggest that having so many options may distort people’s perception of how filling a given food is. Historically, our ability to regulate our own expectations of food satiety was based on sensory experiences with that food. The researchers suggest that the influx of brands for foods that have the same taste, but not necessarily the same calories, may be throwing us off. And that might be bad news for the number on the scale. 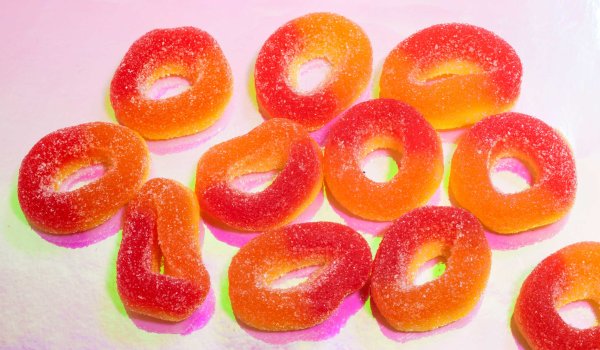 This Kind of Sugar Triggers Unhealthy Cravings
Next Up: Editor's Pick