Pamela Geller: A Response to My Critics—This Is a War

Pamela Geller, author of the book The Post-American Presidency answers emails inside her home on August 3, 2010 in New York City.
Jason Andrew—Getty Images
Ideas
By Pamela Geller
Pamela Geller is the President of the American Freedom Defense Initiative (AFDI), publisher of PamelaGeller.com and author of The Post-American Presidency: The Obama Administration’s War on America and Stop the Islamization of America: A Practical Guide to the Resistance.

Sunday in Garland, Texas, a police officer was wounded in a battle that is part of a longstanding war: the war against the freedom of speech. Some people are blaming me for the Garland shooting — so I want to address that here.

The shooting happened at my American Freedom Defense Initiative Muhammad Art Exhibit and Cartoon Contest, when two Islamic jihadists armed with rifles and explosives drove up to the Curtis Culwell Center in Garland and attempted to gain entry to our event, which was just ending. We were aware of the risk and spent thousands of dollars on security — and it paid off. The jihadis at our free speech event were not able to achieve their objective of replicating the massacre at the offices of the Charlie Hebdo satirical magazine last January — and to go it one better in carnage. They were not able to kill anyone. We provided enormous security, in concert with the superb Garland police department. The men who took the aspiring killers down may have saved hundreds of lives.

And make no mistake: If it weren’t for the free-speech conference, these jihadis would have struck somewhere else — a place where there was less security, like the Lindt cafe in Australia or the Hyper Cacher Kosher supermarket in Paris.

So, why are some people blaming me? They’re saying: “Well, she provoked them! She got what she deserved!” They don’t remember, or care to remember, that as the jihadis were killing the Muhammad cartoonists in Paris, their friend and accomplice was murdering Jews in a nearby kosher supermarket. Were the Jews asking for it? Did they “bait” the jihadis? Were they “provoking” them?

Drawing Muhammad offends Islamic jihadists? So does being Jewish. How much accommodation of any kind should we give to murderous savagery? To kowtow to violent intimidation will only encourage more of it.

This is a war.

The attack in Garland showed that everything my colleagues and I have been warning about regarding the threat of jihad, and the ways in which it threatens our liberties, is true. Islamic law, Sharia, with its death penalty for blasphemy, today constitutes a unique threat to the freedom of speech and liberty in general.

Freedom of speech is the foundation of a free society. Without it, a tyrant can wreak havoc unopposed, while his opponents are silenced.

Putting up with being offended is essential in a pluralistic society in which people differ on basic truths. If a group will not stand for being offended without resorting to violence, that group will rule unopposed, while everyone else lives in fear.

Islamic law as it’s interpreted by extremists forbids criticism of Islam, the Quran, and Muhammad. If they cannot be criticized in the United States, we are in effect accepting Islamic law as overriding the freedom of speech. This would establish Muslims as a protected class and prevent honest discussion of how Islamic jihadists use the texts and teachings of Islam to justify violence.

Some say that “hate speech” should be censored. But what constitutes “hate speech” is a subjective judgment that is unavoidably influenced by the political perspective of the one doing the judging.

Allowing this sort of censorship would mean nothing less civilizational suicide. Many in the media and academic elite assign no blame to an ideology that calls for death to blasphemers — i.e., those who criticize or offend Islam. Instead, they target and blame those who expose this fanaticism. If the cultural elites directed their barbs and attacks at the extremist doctrine of jihad, the world would be a vastly safer place.

I encourage all Americans to watch the videos of the Garland event and see what Islamic supremacists wish to silence: basic, elemental free speech arguments.

But we are unbowed. Even when the venue was in lockdown and hundreds of attendees were ushered down into the auditorium, the crowd was singing the Star Spangled Banner and G-d Bless America. In the face of fear, they were staunchly and uniquely American.

To learn who rules over you, simply find out whom you cannot criticize. If the international media had run the Danish cartoons back in 2005, none of this could have happened. The jihadis wouldn’t have been able to kill everyone. But by self-censoring, the media gave the jihadis the power they have today.

We must take back our freedom.

Pamela Geller is the President of the American Freedom Defense Initiative (AFDI), publisher of PamelaGeller.com and author of The Post-American Presidency: The Obama Administration’s War on America and Stop the Islamization of America: A Practical Guide to the Resistance. 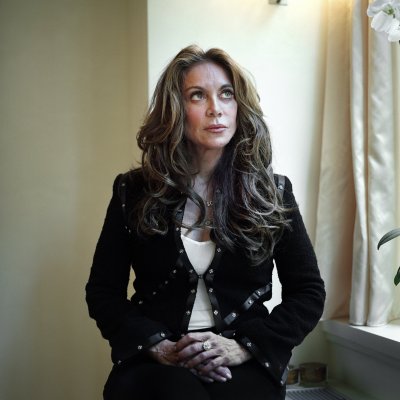 What Pamela Geller Advocates Is Not Free Speech
Next Up: Editor's Pick