At the launch of Mike Huckabee’s campaign for the 2016 Republican presidential nomination Tuesday, Arkansas Gov. Asa Hutchinson listed this as one of Huckabee’s credentials: when Huckabee himself was the top politician in Arkansas, TIME named him one of the country’s best governors.

In one particular way, that 2005 list is an apt piece to cite. “Arkansas Governor Mike Huckabee is tickled by the rampant speculation that he will seek the presidency,” the story began. “Officially, he’s ‘keeping all options open,’ which is another way of saying he’s trying to figure out how much money he could raise.”

But, the article hinted, if he could raise the money he might go far:

Huckabee did end up running in the presidential election that followed that story, in 2008, but did not win his party’s nomination. This time around, he’s hoping for a different result. 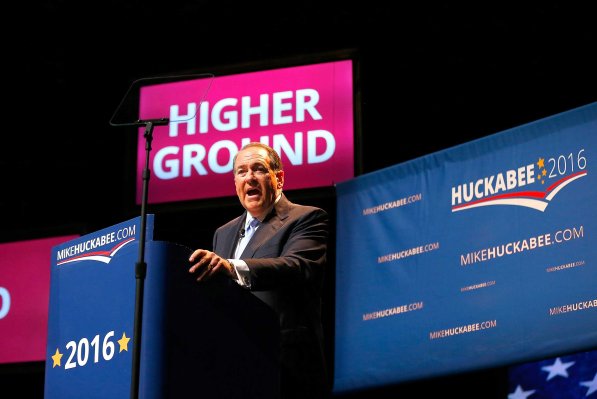