American actors Myrna Loy (left) and Teresa Wright with Fredric March in a still from the film, 'The Best Years of Our Lives,' directed by William Wyler.
RKO Pictures / Getty Images
By Erin Blakemore

On the 70th anniversary of V-E Day, the thought of the end of World War II in Europe is likely to bring up images of packed public squares, celebrating soldiers and spontaneous kisses. But for thousands of soldiers returning from the battlefields of World War II, the reality was much different. Victory in combat was followed by lingering questions about how to adjust to a home front that was literally and figuratively miles away from the realities of war. In 1946, producer Samuel Goldwyn, Sr. took inspiration from a true story to create a blockbuster film on the topic. The movie is still surprisingly relevant today and, in fact, was inspired by an article in TIME.

Though Goldwyn is best known as the G in MGM, he had nothing to do with the company—it resulted from the acquisition of his production company, Goldwyn Pictures, in 1924. Rather, he was an independent producer on the make, transforming himself from Szmuel Gelbfisz, a Polish immigrant with an explosive temper, into one of Hollywood’s most influential producers. He is credited with 139 films, including Stella Dallas, Wuthering Heights and The Secret Life of Walter Mitty. During his lifetime, he was immensely successful: Part of his legendary art collection, including pieces by Picasso and Matisse, will be sold at Sotheby’s this year.

And the movie inspired by a real-life group of soldiers was one of his biggest successes of all. In 1946, he was best known for The Best Years of Our Lives, a film that was the biggest of its day—and that explored the decidedly modern issue of how veterans readjust to life after war.

Goldwyn struck on the idea for the film when he read an Aug. 7, 1944, TIME feature called “The Way Home.” The piece followed a group of Marines packed onto a train they called the “Home Again Special,” which was tasked with returning them to their hometowns after 27 months of bloody battle at places like Guadalcanal. The train’s riders wonder what will greet them as they return home—ticker-tape parades? Tearful reunions? But the reality is something much different:

Goldwyn had a son in the Army when the piece appeared. Moved by the piece and its portrayal of the uncertainties that would face soldiers returning from the war, his wife Frances urged her husband to consider making a movie about how veterans readjust to post-war life. “Every family in America is part of this story,” he mused, commissioning a writer to turn the idea from article into film. He eventually spent an estimated $2.1 million (about $19 million in today’s dollars) to make the film, enlisting the likes of Myrna Loy and Hoagie Carmichael for a moving story of trauma and triumph.

The movie offers a surprisingly nuanced take on the challenges faced by returning vets. Its director, William Wyler, had combat experience of his own. He convinced Goldwyn to take a chance on Harold Russell, an untested actor whom Wyler spotted in an Army film about veterans who lost limbs in combat. In real life, Russell was equipped with two metal hooks he used in place of both hands, which were blown up in an explosives accident. On film, he can be seen using the hooks to play piano, embrace his girlfriend and perform everyday tasks. When Russell’s character returns from war, the battle has only just begun—he must struggle to accept life with a physical handicap and his misgivings about the woman who loves him anyway.

“He is no actor and no one pretends that he is, but his performance is more affecting than any professional’s could be,” TIME wrote in its review of the film. “Unlike most sure-fire movies, it was put together with good taste, honesty, wit—and even a strong suggestion of guts.”

Goldwyn saved some of the triumph for himself—The Best Years of Our Lives was a box-office hit. The film sold an estimated 55 million tickets in the United States and another 20 million in the United Kingdom, making it the most successful box office draw since Gone With the Wind. It also took home eight Academy Awards, including Best Picture, Best Director and Best Actor.

But Russell, who came to represent the complicated toll that combat can take on veterans, was the real winner that night. He took home not one, but two Academy Awards: Best Supporting Actor and a special award “for bringing hope and courage to his fellow veterans through his appearance.” He is one of only two non-professional actors ever to bring home an Oscar. 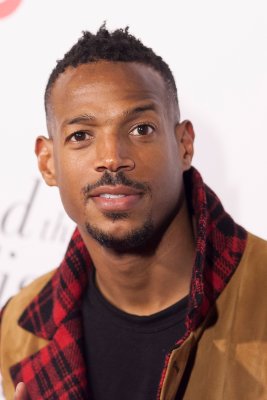 Feature-Length Spoof Fifty Shades of Black Set for 2016
Next Up: Editor's Pick