The Magicians Trilogy Coming to Television

The Magicians by Lev Grossman
By Nolan Feeney

The Magicians trilogy, the best-selling fantasy book series from author Lev Grossman, is headed to television.

After giving the green light to a pilot last year, Syfy has ordered a 12-episode series that starts shooting in Vancouver this July, the channel announced Monday. “Ever since The Magicians was published I’ve wanted to see this story on screen,” said Grossman, who is TIME’s book critic. “The people, the school, the other worlds, the magic. I’m so thrilled that it’s finally happening, and I’m beyond thrilled that we found the right people to do it.”

Jason Ralph will star protagonist Quentin Coldwater, a gifted college student who enrolls in a magical university. Hale Appleman, Summer Bishil, Arjun Gupta and Stella Maeve have also been cast in the adaptation of the series, whose first installment, The Magicians, was published in 2009 and spawned two sequels: The Magician King in 2011 and The Magician’s Land in 2014. 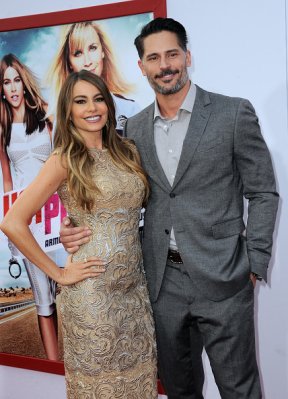 This Is What Sofia Vergara First Thought of Joe Manganiello
Next Up: Editor's Pick