Why Movie Theaters Are Mad at Disney Over Avengers

As Disney continues to rack up box office hit after box office hit, its movie studio is gaining increasing leverage to dictate how theaters show its films. Now theaters are voicing their concerns over policies they say could lead to higher prices for moviegoers.

The National Association of Theatre Owners issued a letter to Walt Disney Studios decrying an “avalanche of complaints” it had received from theatre owners over strict conditions placed on screenings of Avengers: Age of Ultron, according to the Wall Street Journal. Among the requirements: theaters had to stop matinee screenings of the blockbuster film by 5 p.m., as well as charge at least the national average price for a movie ticket in order to keep a cut of the film’s box office revenue.

The last point in particular is contentious because smaller markets regularly show movies at prices cheaper than the national average.

Disney can make these kinds of demands because its movies are simply too lucrative for exhibitors to pass up. The Avengers is the third highest-grossing movie of all-time globally, while its sequel, Age of Ultron, just had the second biggest opening weekend ever in the United States.

Beyond Marvel Studios, Disney also has a new Pixar movie coming out this year, while the relaunch of the Star Wars franchise kicks off in December.

Still, Disney depends on theaters to distribute its films to the masses, so it wants to maintain an amicable relationship. The company has recanted on its matinee cutoff and is willing to draw up different pricing schemes for areas where ticket prices are typically below the national average, according to the Journal.

Disney and the National Association of Theatre Owners did not respond to requests for comment. 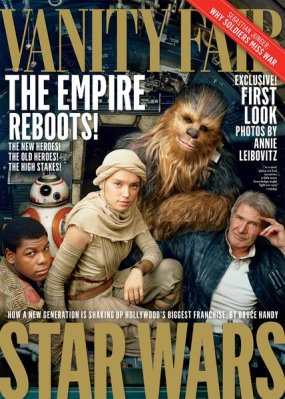 See the New Star Wars Cast on the Cover of Vanity Fair
Next Up: Editor's Pick