She’s less than 10 hours old, but the new royal baby girl has already made her first public appearance.

At 6:11 p.m. local time, the royal baby, along with her parents, the Duke and Duchess of Cambridge, emerged from the Lindo Wing at St. Mary’s Hospital, in west London, and was met by crowds of well-wishers, photographers and journalists.

Catherine, the Duchess of Cambridge, who is more commonly known as Kate, left the hospital carrying her newborn daughter, wearing a yellow and white floral-patterned dress. The Duke of Cambridge, also known as Prince William, was at her side. The family posed for photographers before piling into a black Range Rover.

Prince William left the hospital on his own earlier in the day. He told reporters that he was “very happy” and was going to pick up Prince George. He then took the wheel of a Range Rover and drove to Kensington Palace. He arrived back shortly with his young son in tow and took him inside to meet his new sister. (George was later taken home while his parents stayed behind.)

Kate gave birth at 7:34 a.m. GMT (8:34 a.m. local time), according to an announcement from Kensington Palace, after being admitted to the hospital just hours earlier.

A notice announcing the birth was later placed on an easel outside Buckingham Palace. The new princess is Queen Elizabeth’s fifth great-grandchild. Prince Charles, who had earlier confessed that he was hoping for a granddaughter, along with his wife, the Duchess of Cornwall, said they were “absolutely delighted” over the arrival.

The name of the baby has not yet been released. Royal babies are usually named after their ancestors and relatives, though odds at Britain’s bookmakers favor Alice and Charlotte.

The new baby will be fourth in line to the throne after Prince Charles, Prince William and Prince George. William’s brother, Prince Harry, will become fifth in line and every one else in the line of succession will move one step away from the throne.

The news that Kate was pregnant with a second child was first announced on Sept. 8, 2014, by Kensington Palace, the residence of the Cambridges. The announcement was made before the pregnancy had reached the 12-week stage because Kate suffered from severe morning sickness, which forced her to cancel public engagements. 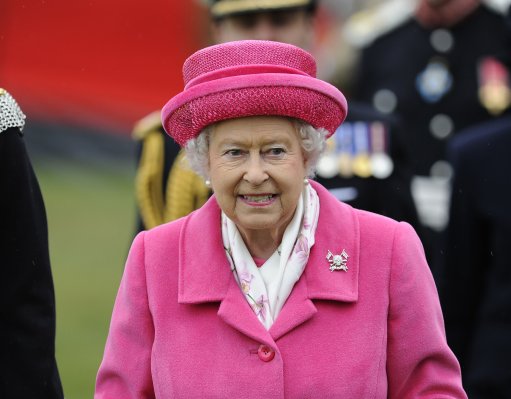