The Duke and Duchess of Cambridge outside the Lindo Wing of St Mary's Hospital London after the birth of their first child, George, in 2013
Robin Nunn—Polaris
By Megan Gibson / London

The Duke and Duchess of Cambridge are about to become parents for the second time. Catherine — also known as Kate — was driven to St. Mary’s Hospital, in west London, early Saturday morning. The BBC reports that she was admitted at 5:00 GMT in the early stages of labor.

Kensington Palace has said that the “labor is progressing as normal” for Kate.

The royal couple have claimed that they don’t know whether the baby will be a boy or girl, though bookmakers in the U.K. are tipped towards it being a girl, with odds favoring “Charlotte” and “Alice” as the new name. Prince Charles said during an official engagement earlier this week that he’s hoping for a granddaughter. 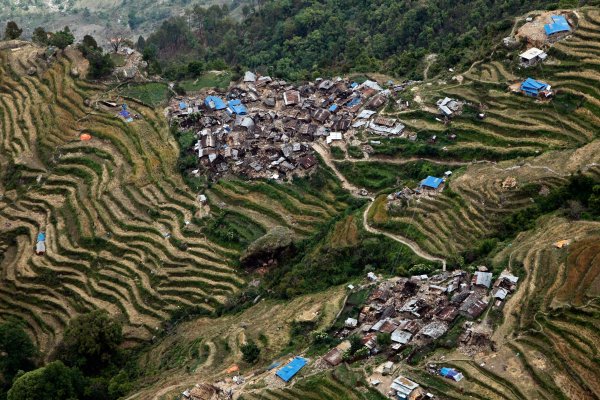 5 Facts That Explain Nepal's Devastating Earthquake
Next Up: Editor's Pick