This post is in partnership with the Harry Ransom Center at The University of Texas at Austin. The article below was originally published on the Ransom Center’s Cultural Compass blog.

The titular heroine of Lewis Carroll’s whimsical classic Alice’s Adventures in Wonderland and its sequel Through the Looking-Glass has changed to reflect the aesthetics of the times outside her fictional word. The fantastical nature of the story allows a certain freedom of temporality: although the narrative was written to occur in Victorian Britain, there are no specific indicators of the year, and the story could just as easily have been set in the twenty-first century. The changing visual depictions of Alice reflect this sense of timelessness. Having a contemporary-looking Alice makes it easy for younger audiences to relate to her and helps to explain Wonderland’s enduring popularity.

First published in 1865, Sir John Tenniel’s iconic illustrations imagine Alice in a contemporary mid-Victorian pinafore, apron, and stockings. Tenniel’s depiction of Alice was the standard for the rest of the 1800s, but by the turn of the century, when the book went out of copyright, other illustrators reimagined the tale. Bessie Gutmann created Nouveau Alice in 1907, who wears a white, high-necked dress with full, long sleeves; her hair is long, swept up, and adorned with a flower.

In the 1920s Alice became a sporty flapper. Willy Pogany’s 1929 illustrations depict a lanky Alice, somewhat older than previous representations, wearing a short, plaid skirt, short sleeve top with a tie at the neck, and knee socks. Her hair is bobbed and boyish, as per the androgynous Jazz Age fashion.

Mid-century Alice reverts to the traditional, much like popular culture at the time. Disney released the animated Alice in Wonderland film in 1951, in which Alice dons a blue dress, white apron, and a black ribbon in her hair, very similar to Tenniel’s depiction. Subsequent illustration from the period shows Disney’s influence.

During the 1960s and ’70s, Alice adapts to the fashion of the period. One 1970 edition puts an older-looking Alice in a hot pink minidress with a Brigitte Bardot-esque bouffant; another illustration from the same year makes Alice look like she walked off of the set of The Brady Bunch, in a floral-accented minidress, knee socks, and long, straight hair.

The continued success of Alice’s Adventures in Wonderland is related to its ability to stay relevant and fresh to generations of readers. The story itself is not rooted in any particular temporal setting, and thus Alice has the ability to change her style to look like her readers. Although Alice was created in the Victorian era, she is anything but drab and prim: she is, more than many other literary heroines, thoroughly modern. 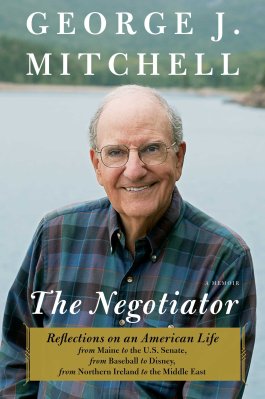 How to Be a Skillful Negotiator, According to Sen. George Mitchell
Next Up: Editor's Pick