A year has passed since the U.S. Food and Drug Administration (FDA) proposed new regulations for e-cigarettes, cigars and waterpipe tobacco, to prevent them from being sold to minors and to require manufacturers to add health warnings to labels—but the new rules still haven’t gone into effect.

Now, public health experts are urging action, arguing it’s unacceptable that it’s taken so long given data shows use of these products among minors has spiked.

Earlier this week, 31 health and medical groups including the American Academy of Pediatrics, the American Academy of Family Physicians and the American Heart Association wrote a letter to President Obama asking for the federal government to finalize the “long-overdue” regulation. The medical groups say cigar and e-cigarette brands are using marketing tactics that they feel appeal directly to young people, like promoting candy and fruit-flavored products, and they want regulations to put an end to it.

“It’s no wonder use of e-cigarettes by youth has skyrocketed,” the letter reads. “This process has already taken far too long. We cannot afford more delays that allow tobacco companies to target our kids with a new generation of tobacco products.”

Health experts are concerned over a recent U.S. Centers of Disease Control and Prevention (CDC) report that showed e-cigarette use among middle school and high school students tripled between 2013 to 2014 and hookah use doubled. The report showed that e-cigarette use among high schoolers increased from 4.5% in 2013 to 13.4% in 2014, which is a rise from approximately 660,000 students to 2 million.

“My concern is always the first-time users,” says Shyam Biswal, a professor in the department of Environmental Health Sciences at the Johns Hopkins Bloomberg School of Public Health. “It’s bad it took so long to make a dent in [conventional] tobacco users, and we are now starting something else, and we are just waiting and waiting and waiting. We don’t have the data that e-cigarettes are a gateway [to other tobacco products], so we just wait. It should not be like that.”

In a statement sent to TIME, the FDA said it “remains concerned about the significant increase in e-cigarette and hookah usage among youth.” The agency wrote:

Stanton Glantz, a professor of medicine at the University of California, San Francisco Center for Tobacco Control Research & Education, said he hopes that when the regulation is finalized there are no loopholes. “Given that the White House has blocked eliminating menthol from cigarettes for years despite strong evidence—including from the FDA’s own analysis that doing so would protect public health—I am not holding my breath,” he said.

Several states and local governments have regulated items like e-cigarettes on their own. Data shows at least 42 states and 1 territory currently prohibit the sale of e-cigarettes or vaping/alternative tobacco products to minors.

“I just hope that the final FDA rule does not do anything to make that process more difficult,” said Glantz.

The medical groups concluded in their letter that “further delay will only serve the interests of the tobacco companies, which have a long history of using product design and marketing tactics to attract children to harmful and addictive products.”

When asked for a comment about the letter, the White House’s Office of Management and Budget referred TIME to the FDA. 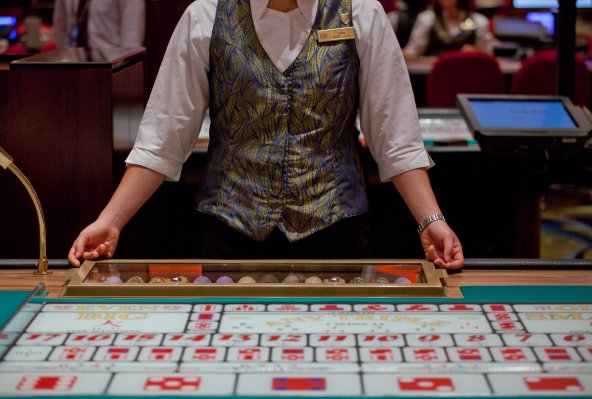 Habitual Gamblers See Patterns Where There Are None
Next Up: Editor's Pick