Racism Is Poisoning Our Society

Demonstrators march in Baltimore on April 29, 2015.
Eric Thayer—Reuters
Ideas
By Sharon E. Watkins
Sharon E. Watkins is the General Minister and President of the Christian Church (Disciples of Christ) in the United States and Canada. She was the first woman to lead a mainline denomination in the U.S., and has served on the Advisory Council of the White House's Faith-based and Neighborhood Partnerships. Watkins is the author of Whole: A Call to Unity in a Fragmented World, and holds a doctoral degree from Phillips Theological Seminary and Master of Divinity from the Yale Divinity School.

Recently I posted a prayer. It was in response to the events in Baltimore: a young black man was mortally injured while in police custody, citizens took to the streets, and on the day of the funeral, the protests turned violent. My prayer was for all: those who mourn, those who are injured, the protesters, the police. I prayed for a release from the sin of racism and our dependence on violence to solve our ills.

As so often happens, the word “racism” triggered angry responses. “How can you say ‘racism’ when we don’t even know what happened?” Let me try to explain. Racism is more than what is in the heart of an individual person at the moment of a particular act. Racism is the cumulative history of all those thoughts and acts. They add up to a pattern in which people of color are routinely and systematically treated differently than white people.

Unfair racial stereotypes have taken root in the hearts of people. They cause us to react to people differently—in stores, on the streets, in encounters between police and citizens. They even affect the way we describe violence and destruction of property. Young white men smashing windows, overturning cars, and battling police after a big athletic event are “revelers,” “out of control fans.” But a group of mostly African American youth who do similar things out of sorrow and rage that a young black man has died in police custody are dangerous “thugs.” The difference in the two descriptions is telling. Happy “revelers” whose youthful celebration “got a little out of hand” can be corrected and forgiven. “Dangerous thugs” present a much more ominous threat.

Racism is complicated, and has an individual aspect of prejudice. But even worse is the reality that generations of racist attitudes are now woven into our systems and institutions like poisonous threads, hurting us all. When our election laws begin again to systematically make it harder for African Americans to vote; when police forces protect and defend some people less than others and are not held accountable; when schools and jobs are routinely of lower quality in areas where people of color live; and when white people don’t know or care, then we have a system that perpetuates racism whether the people in it intend to be racist or not.

What happened to Freddie Gray didn’t just happen to him. According to Conor Friedersdorf in The Atlantic, Baltimore has paid out “almost $6 million in police brutality settlements in the course of a few years.” And it’s not only in Baltimore. Other cases are now familiar: Michael Brown, Eric Garner, Tamir Rice, Walter Scott, Eric Harris. Too many African Americans, especially boys and men, are shot by police: in the back, unarmed, after stops for minor violations. Until the justice system can demonstrate that it holds all people, black and white, police and civilian, equally accountable for their actions, we won’t be able to get beyond the reality that racism—systemic racism—is involved.

So I pray for release from racism at times like these. I pray for everybody: for the police—most of whom are courageous, well-meaning persons—who have to face the anger of the crowds, for protesters who have a lot to protest, for decision-makers who have the authority to bring reform. I pray for the grieving, the injured, the fearful. I pray that we all will find the courage to face the truth and do something about it.

To my white friends and colleagues, a good place to start is to listen to our friends who are people of color—really listen. Don’t justify. Don’t defend. Just listen to how our institutions work for or against our friends in their daily lives. And then join me in praying for a release from racism—in our hearts and in the institutions that perpetuate racism with or without us. Join me in advocating for transparency and accountability in those institutions—for all people. 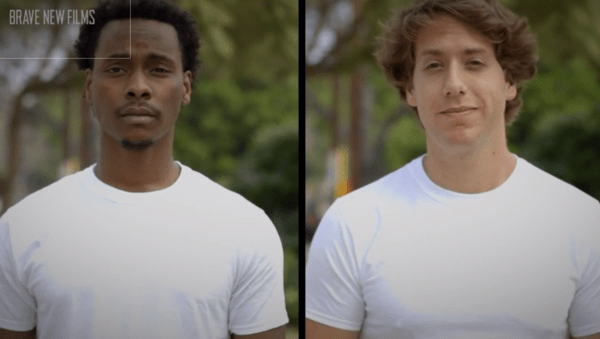 This Split-Screen Video Compares the Lives of a Black Man and a White Man
Next Up: Editor's Pick