Adriana Lima Is Rooting for Pacquiao in 'Fight of the Century'

Adriana Lima, a Victoria’s Secret model who’s spent more than a decade boxing, will be in Vegas for Saturday’s big matchup. The boxing world has been waiting years for Floyd Mayweather and Manny Pacquiao to fight one another in the ring, and she might be one of the most excited attendees.

“I’m a big Pacquiao fan and boxing fan, obviously,” Lima, who has trained with Pacquiao, tells TIME. “I don’t think everybody thought [the fight] was going to happen, but it’s the fight of the century and I’m going to be there in the arena.”

“It’s my first fight,” Lima says. “And for the first fight to be watching two of the greatest middleweight boxers in the world, it’s a dream for me.”

The matchup is expected to bring in at least $400 million in total revenue from sources like ticket sales, pay-per-view broadcast, sponsorships and merchandise. Even Mike Tyson has weighed in on the outcome, backing Pacquiao and calling Mayweather “a small, scared” competitor.

Read next: The Huge Money Behind Boxing’s Mayweather-Pacquiao Fight 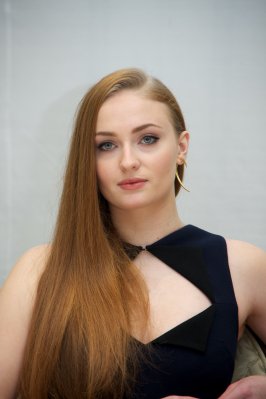 See Lana Condor and Sophie Turner Go Real 80s on the Set of X-Men: Apocalypse
Next Up: Editor's Pick