Pennsylvania dad Mike Rossi had been planning for years to run the Boston Marathon and bring along his family to see him make it to the finish line.

“It was an important moment for our family,” Rossi tells PEOPLE about his decision to run this years’ grueling race. It was about teaching his kids about “accomplishing a goal and the value of hard work and dedication.”

Before the 26-mile race, his wife emailed teachers letting them know that their two third graders would be out of school for three days.

“They knew for months we were going,” says Rossi. “My wife emailed them and told them they would be out and why they wouldn’t be there. We were truthful: ‘Their father is going to run the Boston Marathon.’ ”

However, when they returned, Rossi got a letter, dated April 22, from Rochelle Marbury, the principal of Rydal Elementary School, saying the time off the children took had been officially marked as “unexcused.”

The letter also warned Rossi that, “an accumulation of unexcused absences can result in a referral to our attendance officer and a subsequent notice of a violation of the compulsory school attendance law.”

“It struck me as nasty,” says Rossi. “Getting the letter rubbed us the wrong way and I reacted.”

Rossi posted the letter on his personal Facebook page along with his own critical response. The letter and his response quickly went viral and Rossi has since become the father of the moment, viewed by many as fighting back against the zero-tolerance policy of the school district that is thought to be outdated and nonsensical.

In his response, Rossi argued that in the three days his children missed school they not only learned about “dedication, commitment, love, perseverance, overcoming adversity, civic pride, patriotism, American history, culinary arts and physical education” but “watched their father overcome injury, bad weather, the death of a loved one and many other obstacles to achieve an important personal goal.”

“While I appreciate your concern for our children’s education, I can promise you they learned as much in the five days we were in Boston as they would in an entire year in school,” he wrote.

While in Boston, Rossi wrote that they walked the Freedom Trail, visited the site of the Boston Tea Party, the Boston Massacre, and visited the graves of several signers of the Declaration of Independence.

“It was a life-teaching moment they will never forget,” he says. “It was teaching them lessons about life. It was one of those moments. In 25 years, they will remember being with dad at the Boston Marathon.”

In a letter posted on the Abington School District website, school board president Raymond McGarry wrote about his support for principal Marbury and their district policy.

“It’s up to an individual family to decide whether a particular trip is worth taking their children out of school,” he said. “And when that happens, it’s the school district’s obligation to let the parents know what the law and policies are – and what the potential consequences are if the policies are abused.”

Since his post went viral, Rossi says he met up with school officials to discuss the policy Wednesday.

“It was a good meeting,” says Rossi. “It was productive. They are obviously not thrilled how this has taken off and the light it has cast them in. It was not my intention. It is this policy I don’t agree with. It is one of those ‘zero-tolerance policies so no one has to make a decision’ policies.”

Rossi says he has no regrets about posting his response but says he feels badly about the viral attacks directed towards the principal.

“The principal unfortunately has become the bad guy and has taken a lot of heat and personal attacks and I feel really badly about that,” he says. “I didn’t intend that to happen. My letter was not personal. I have got some personal attacks myself. It should not be me against the principal. I had a disagreement with the policy and let’s have some good dialogue about it.”

“I feel strongly as a parent that we have the right to be able to take our kids on a trip like that or any other trip,” he adds. “I was just trying to say how important this trip was.” 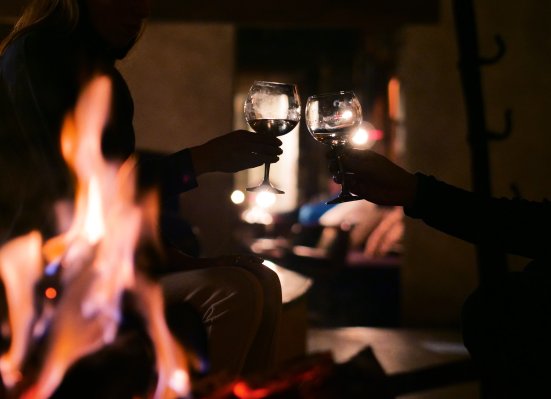 How My Ex Became One of My Best Friends
Next Up: Editor's Pick