Pacquiao, Mayweather, and the Physics of Getting Punched in the Head

Enjoy it now, guys: Mayweather (left) and Pacquiao are heading for a pounding
JOHN GURZINSKI; AFP/Getty Images
By Jeffrey Kluger

In a perfect world, a highly trained, heavily muscled man would not punch you in the head.

Fortunately for most of us, the world is indeed perfect in that one small way. But most of us aren’t boxers. For those who are–say, Floyd Mayweather Jr. and Manny Pacquiao, who square off this weekend in a matchup dubbed “the fight of the century“—getting punched in the head by highly trained men is an occupational hazard. The payday can be huge, but the price—in terms of traumatic brain injury—can be very high.

Plenty of sports are hard on the brain. Organized football, from Pop Warner up through the pros, has been rightly pilloried for the devastating toll it takes on players, who suffer from repeated concussions that may lead to chronic traumatic encephalopathy (CTE), the degenerative condition that has claimed so many NFL veterans.

But while football might be the most concussive team sport, it’s followed closely by ice hockey, and then by soccer, lacrosse, basketball, field hockey, gymnastics and baseball, generally in that order, depending on age, gender and the level of professionalism of the players.

Even in football, however, blows to the head are incidental if unavoidable parts of the contest. In boxing, they are the contest—and that means trouble.

“[Boxing] is not really tracked the way school sports are tracked,” says Robert Cantu, clinical professor of neurology and neurosurgery at the Boston University school of medicine. “Concussions in boxing are a poorly reported sample, but at B.U. we’ve had a 100% incidence of CTE in the boxers we’ve studied.”

With good reason. Various studies have put the force delivered by a blow from a trained boxer at anywhere from 450 lbs. (204 kg) to over 1,400 lbs. (635 kg), enough to accelerate the head to 53 g’s. Those forces hit in one of two ways—linear and rotational—and neither of them is good.

“Acceleration from a straight-on punch is linear, while a roundhouse is more rotational,” says Dr. Christopher Giza, professor of pediatric neurology and neurosurgery at UCLA’s Mattel Children’s Hospital, and a former commissioner of the California State Athletic Association. “We think rotational forces are more important in getting knocked out, but most punches have components of both.”

Within the brain, it’s the white matter—or the fatty sheathing on nerve cells that serves as insulation and connective tissue—that suffers the most. “The brain has the consistency of firm Jell-O,” says Giza. “If you shake or twist it you put strain on the connections, leading to stretching or tearing.” That causes both immediate and long-term harm, with the damaged connective tissue leaking what are known as tau proteins, which build up over time to form the signature deposits that signal CTE.

The brain’s slightly loose fit in the skull causes other problems. A thin layer of fluid surrounding the brain is supposed to provides shock absorption in the case of minor blows, but when you get hit hard enough, that little bit of wiggle room allows the brain to rattle around, with soft tissue colliding with unyielding bone. That can cause shock, bruising and even bleeding and death.

In boxing, it’s often easy to see when either kind of damage has caused trauma. The knockout, or the dazed and disoriented condition known as a technical knockout, is practically the very definition of a severe concussion. But most concussive injuries produce subtler symptoms, and while sports like football and hockey are increasingly taking the time to examine players during games and sit them out if there are signs of trouble, that’s not an option in boxing.

“From the ringside, trainers have to examine players very briefly between rounds to determine if they should stop the fight,” says Giza. “They need a very specific set of skills to diagnose a problem so quickly.” With other things going on at the same time—cuts treated, strategy planned—that diagnosis becomes even harder. And since the sport hardly rewards a boxer whose trainer pulls him preemptively, there is a competitive and financial incentive in simply slugging on.

None of this means that all boxers will sustain traumatic brain injury. The 100% figure Cantu cites is derived, he readily acknowledges, from a self-selected population of fighters who come to his clinic seeking help for neurological symptoms. At least some of the larger population of boxers who don’t show up may be fine. What’s more, smart boxers—at least at the championship level—are increasingly taking steps to protect themselves, sparring less, engaging in safe aerobic training more and fighting perhaps only two bouts a year.

But limiting things to two well-compensated fights is a luxury not every boxer can afford. For too many of them—as well as too many athletes in other sports—the payday comes first and health comes second. It’s a way of doing business that growing numbers of athletes live to regret. 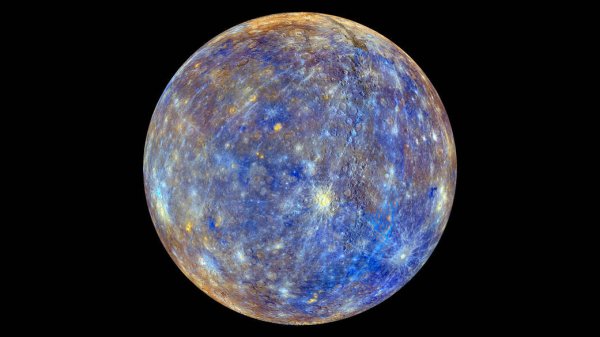 This Was Messenger's Goodbye Tweet Before It Crashed Into Mercury
Next Up: Editor's Pick