President Obama announced Thursday he would nominate Gayle E. Smith to head up the U.S. Agency for International Development, or USAID. Smith currently serves as the senior director for development and democracy on the President’s National Security Council.

In a statement, President Obama said he has “no doubt” Smith can use the experience she’s had leading international development and humanitarian crisis response missions at NSC in a role as the USAID Administrator.

“Gayle’s energy and passion have been instrumental in guiding America’s international development policy, responding to a record number of humanitarian crises worldwide, and ensuring that development remains at the forefront of the national security agenda at a time when USAID is more indispensable than ever,” Obama said, urging the Senate to “act quickly” on her nomination to succeed current USAID chief Rajiv Shah.

The announcement comes just as the work of USAID is being put to much needed use. The department’s disaster and recovery team landed in Nepal on Wednesday, where they’re joining in the global effort to help survivors of Saturday’s massive earthquake.

If confirmed, Smith will have to face crisis such as the Nepal earthquake as well as the impact of infectious diseases like Ebola. USAID is leading the U.S. government response to outbreak of the deadly virus in West Africa where efforts have shifted to controlling spread to getting new infections down to zero.

That’s not to say USAID hasn’t had its misses—the organization was blasted for leading an effort to convince young Cubans to lead an uprising against their leader Raul Castro. The effort proved largely unsuccessful. 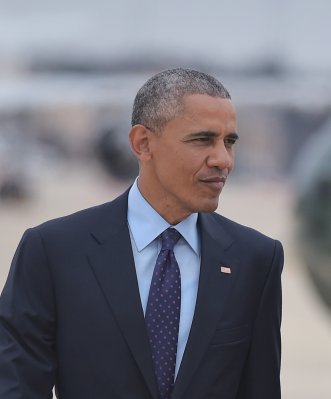