How to Fall Asleep in Under a Minute

These are all words and phrases that have come to be associated with the “Milliennial Generation,” which is also sometimes referred to as Generation Y. Recently, however, two additional adjectives have worked their way into the Millennial description pool: stressed and sleepless.

The correlation between stress and sleep deprivation is becoming increasingly apparent in American society. NPR maintains that 60 million Americans are currently battling insomnia.

According to an American Psychological Association study titled Stress in America, more than 50 percent of Millennials report to having been kept awake at least one night over the course of the past month due to stress. This is comparable to only 37 percent of Baby Boomers and 25 percent of Matures.

Why does stress affect sleep? Stress is widely recognized as the body’s response to potentially harmful situations, whether real or imagined. Although the effects of stress most certainly vary from person to person, general reactions include quickened breathing, tightened muscles, spiked blood pressure, and an increased heart rate.

Fight or Flight or… Sleep?

These are, in short, all individual components of the body’s intrinsic and universally acknowledged “fight-or-flight” response. Many stressed out people have trouble falling asleep because they feel the weight of these symptoms most heavily at night.

Best-selling author Dr. Andrew Weil, who received his M.D. from Harvard University in 1968, is a huge advocate of the benefits of holistic breathing practices in combatting stress and anxiety. On his website, Dr. Weil writes:

Because the effects of stress include quick and shallow breaths that stem almost exclusively from the upper chest, perpetually stressed and anxious people are actually in the detrimental habit of under-breathing. Many stressed people are even known for subconsciously holding their breath.

That being said, mindful breathing practices are noticeably absent from the vast majority of Western medicine. Those most familiar with the relationship between breathing and the body tend to be yogis and practitioners of Eastern wellness methodologies.

Dr. Weil is an influential public supporter of a previously little-known breathing technique known as the “4-7-8 exercise.” This trick, which began to capture national attention several years ago and has since been the subject of innumerable headlines, including one on Oprah.com, is shockingly simple, takes hardly any time, and can be done pretty much anywhere.

Here is how you do the exercise:

In a nutshell: breathe in for four, hold for seven, and breathe out for eight. You must inhale through your nose and exhale through your mouth. The four-count inhale allows chronic under-breathers to take in more oxygen. The seven-count hold gives the oxygen more time to thoroughly permeate the bloodstream, and the eight-count exhale slows the heart rate and releases a greater amount of carbon dioxide from the lungs.

Alina Gonzalez, who wrote “How I Learned to Fall Asleep in Under 1 Minute” for Byrdie.com, says that 4-7-8 helped her fall asleep amid her nerves and severe anxiety the week before she was scheduled to give the bridesmaid speech at her best friend’s wedding.

When Gonzalez told her friend that she was having trouble getting to sleep due to a combination of stress and pre-wedding jitters, the bride-to-be, who was a licensed wellness practitioner, told her that the 4-7-8 technique would change her life. It did. Like so many others who swear by this method, the originally skeptical Gonzalez wakes up each morning to the incredulous realization that she does not even remember completing the final 4-7-8 cycle because it put her to sleep so quickly.

The 4-7-8 exercise certainly has the potential to help overly stressed, anxiety-ridden Millennials (as well as members of the general population at large) fall asleep more quickly. It is also known to have positive effects when implemented throughout the day during times of stress, anger, guilt, frustration, or internal tension. When weighing the painlessness of this completely free method against the irritability, headaches, distractedness, impaired cognitive skills, weight gain, and even heart disease that can result from the “performance killer” known as sleep deprivation, it seems worth a shot.

This article originally appeared on Bit of News.

Read next: How to Tell When Feeling Tired Is a Sign of a Health Problem 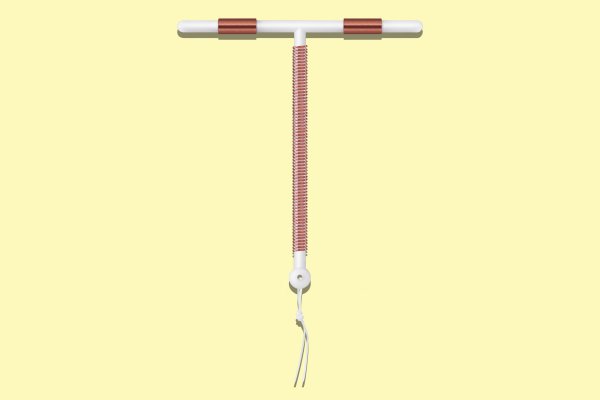 Why I Love My IUD
Next Up: Editor's Pick